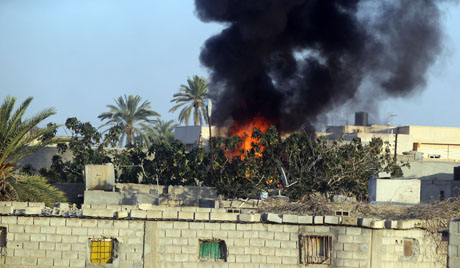 One Egyptian was killed and three others were injured in a bomb attack against a Coptic Orthodox church in Libya’s Mesrata City late Saturday.

On New Year’s eve in 2011, Egypt witnessed one of the most violent and shocking attacks against its Christian population, when the Two Saints Coptic Orthodox church was bombed in Alexandria leaving twenty three people dead.