The Ethiopian Orthodox Church has elected a new patriarch to replace the previous head who died in August, officials said Thursday.

“Abune Matthias… arch-bishop of Jerusalem (for the Ethiopian church) was elected with a majority,” said Daniel Sefermikael, a church official. 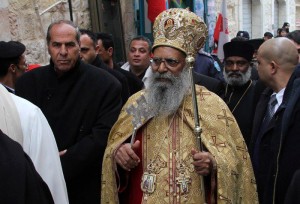 He said Matthias got about 500 out of 806 votes cast by members of the church living in Ethiopia and elsewhere.

Matthias, 71, has lived abroad for over 30 years, initially fleeing Ethiopia following a military coup by Hailemariam Mengistu in 1974.

He has since travelled throughout Europe and North America, and will now settle in Ethiopia to serve as patriarch.

About 63 percent of Ethiopia’s 83 million people are Christian, with the majority following the Orthodox faith, according to official figures.

Matthias will be sworn in at an official ceremony in Addis Ababa on Sunday, which tens of thousands of people are expected to attend.

The office of the patriarch has been vacant since August after Abune Paulos died of an undisclosed illness. He had served as head of the Orthodox Church in Ethiopia since 1992.

Ethiopian patriarchs are referred to as Abune, which means “our father” in Ethiopia’s local language.

Ethiopia is home to some of Africa’s oldest Orthodox churches, including a cluster of 11 ancient rock-hewn churches in Lalibela which are designated a World Heritage Site by UNESCO. 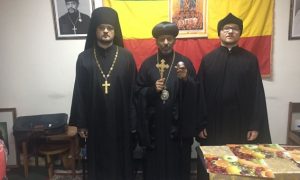 On 1-4 March 2018, with the blessing of His Holiness Patriarch Kirill of Moscow and All… 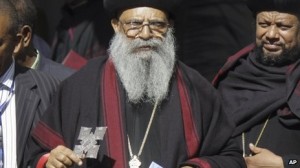