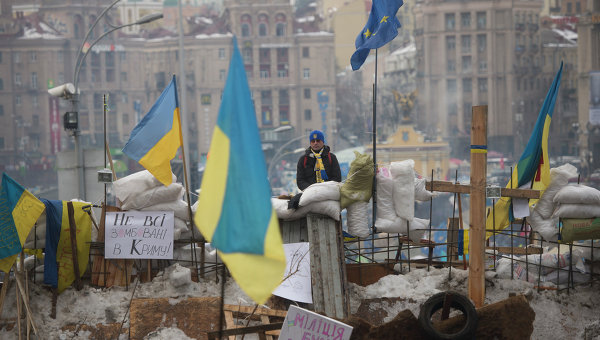 “There are no such demands. It is not about becoming more tolerant first of all towards sexual minorities. We are talking about solving the problem of discrimination as a whole,” EU’s ambassador to Ukraine, Jan Tombinski said in an interview with zaxid.net Saturday.

Ukraine’s Prime Minister Nikolai Azarov told demonstrators at an anti-EU rally in Kiev Saturday that Brussles had insisted on unacceptable conditions to strike the key deal that he said would “mean bankrupting us,” including the introduction of gay marriage.

“The opposition leaders are telling fables when they say that we only have to sign the [association] agreement [with the EU] to start traveling to Europe visa-free the next day. Nothing of the sort. We have yet to comply with a whole set of preconditions: we have to legalize same-sex marriages, we have to adopt legislation on equality of sexual minorities, and so on. Is our society ready for this?” Azarov said.

Commenting on the statement, Tombinski said: “In the European Union there are no general principles on how to approach the issue of gay marriages. Indeed, this is an area in which each country chooses its path and make their own separate laws on this issue,” Tombinski said.

An opinion poll by GfK Ukraine found in May that 95 percent of Ukrainians are against same-sex marriages. Some 79.4 percent of respondents aged over 16 said they are against non-traditional sexual relations.