Source: The Path of Orthodoxy
What happens when the state law redefines what constitutes the family? How far will that law be legislated and what institutions will be affected by it? All these are legitimate questions for us ministering in the Church today.
Protopresbyter Bratso Krsic | 10 April 2014 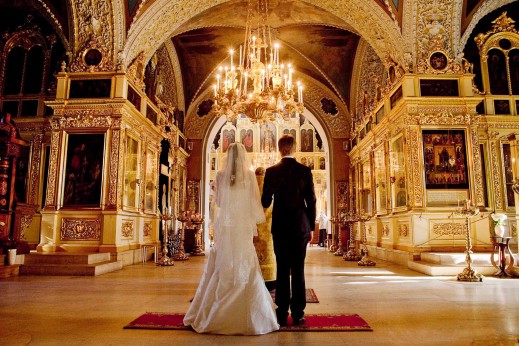 Are we at the end of an era in which family was considered the foundation of society?

The family is the most ancient and enduring unit of any society. It is the very pillar of society. Whether nuclear or extensive, the family functions as an autonomous social organism. It is shaped by religious precepts, morality, and customs deeper than law and state policies.

But, what happens when the state law redefines what constitutes the family? How far will that law be legislated and what institutions will be affected by it? All these are legitimate questions for us ministering in the Church today. Slowly, our religious liberty is being infringed. This is a cause for concern for many of us, though, from a historical point of view, for us Orthodox, this is nothing new. The Orthodox Church in many countries has been attacked from without, thus limiting her mission and the liturgical life. The cases in Serbia (former Yugoslavia) or Russia are prime examples of the state limiting the expression of religious freedom. However, the Church has survived and risen from the catacombs and persecution because ultimately suffering and death led to the resurrection and a new life of the Church and her members.

In the light of resurrection, we move onward to examine the aforementioned state of our contemporary society. In America presently there is a divorce every thirteen seconds. According to available data, seventeen states of our Union have legalized same sex marriage. Yet all this does not limit the mission and freedom of the Church. However, the freedom is threatened because our neighbors fail to understand why we believe that marriage is a union between one man and one woman.

Could same sex marriage be one of the symptoms of the breakdown of marriage and family life? This then brings up the more questions. What are we to do in the midst of these challenges and what do we propose to remedy them?

The first proposal would be to speak the truth with love.

The second proposal is to help young men and women prepare for marriage by imparting the teachings of the Church on marriage and family life; giving them tools to manage their domestic church – the home. Examples of this would be: the importance of prayer, the biblical foundation for marriage, the teachings of the Holy Fathers on marriage, participation in the Sacramental life of the Church, stewardship (management) of family finances, time and talents, conflict resolution in the light of Gospel, sexual relationship in marriage and so on. But, prior to all these pre-marriage preparations and family Christian living, we must not overlook the importance of sexual purity prior to marriage. This purity keeps young men or women from the emotional harm that often times they suffer from giving themselves into a physical relationship thinking that it will improve the bond between them. In actuality, the opposite is true.

The third proposal is to encourage those with homosexual proclivity to struggle in keeping it under control. This way the very struggle with their propensity will become a way of healing and purification that leads to sanctification.

The Church has the conviction and ability by the power of the Holy Spirit to rebuild the family – the basic pillar and the most enduring unit of society. We can do this if we speak the truth with love and defend the very truth by which we live.

Our Joy Comes from Our Faith

What do we Orthodox Christians mean when we speak about joy? Is it a good feeling or an…