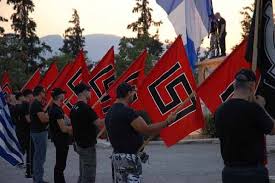 700 far-right supporters of Greece’s Golden Dawn Party have protested against the opening of a mosque to cater for the capital’s growing Muslim population.

Athens is the only major European capital city without a mosque, with Greece facing pressure from both the EU and Turkey to allow Muslims the right to a place of worship in the city.

Turkey, which already reopened a Greek Orthodox Monastery as a gesture of good will in addition to planning the reopening of a Greek Orthodox Theology school in Istanbul’s Heybeliada Island, has asked Greece to reopen the Fethiye Mosque in return.

A number of consortiums have also bid to build a new mosque, against which the protesters gathered. Since 2011, plans to construct the mosque have been abandoned five times after public pressure.

Last week, protesters targeted a meeting of consortiums regarding the mosque, with one protester driving a mini-bus into the building where the meeting was being held.