Source: Praying in the Rain
Archpriest Michael Gillis | 24 May 2019 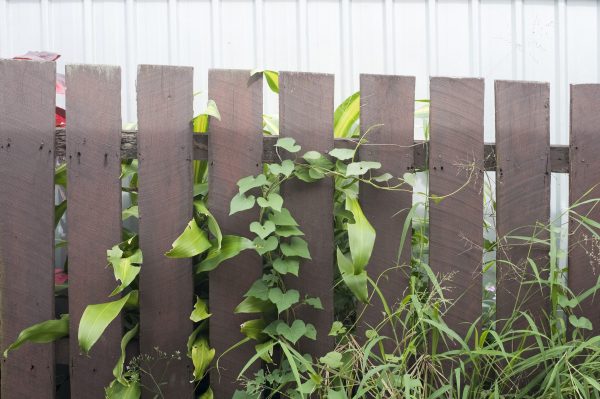 It’s mid May and I’m weeding my garden again.  It is one of the most spiritually instructive physical activities of my year.  My on-going battle with one weed in particular functions as a genuine icon of my inner life.

Generally speaking, my wife and I are laissez-faire gardeners.  We have very few rows of anything, just areas where we plant one thing or another—often led by what volunteers in a given area.  Weeds smeeds, I say.  We just cover them with mulch.  Mulch is the saving grace of the garden: it covers a multitude of sins.

Like so many of our sins, regular participation in the sacramental life of the Church generally takes care of them.  Regular confession and communion, morning and/or evening prayers, the Jesus Prayer now and then throughout the day and a good-faith effort to keep the fasts and feasts of the Church: these are the mulch of grace that covers and smothers most of our sins.

Then, however, there are the deeply entrenched sins.  These are the sins that keep coming back.  Not just once in a while, but sometimes these sins besiege the mind several times a day, several times an hour on a bad day.  Sometimes it seems as if my whole spiritual effort is just to keep that particular sinful thought from overwhelming me. Sometimes I am so tempted just to give up, tempted to despair.

On my last visit to the monastery, one of the fathers said that despair is the unforgivable sin.  He explained that to despair is to choose death, and having chosen death, how can Life enter?  Of course it’s very hard not to despair, especially when you battle against the same sad or depressive or lustful or arrogant or angry or blasphemous thoughts again and again and again, day after day after day.  It is the hell that St. Silouan spoke of when he said, “Keep your mind in hell but do not despair.”  [It should also be noted that despair is only unforgivable so long as one continues to despair.  One can always turn from despair toward the smallest glimmer of faith or hope or love.]

Yet how does one do this?   How do you deal with reoccurring and tormenting adulterous or murderous, or arrogant or homosexual or covetous or depressing or angry thoughts (the list could go on and on) without giving up, without falling into despair?

Elder Sophrony, a spiritual son of St. Silouan, speaks of looking into the abyss of hell and taking two steps back and having tea.  This word has been very helpful for me.  It is a word that has given me permission, in a sense, to look squarely at the wickedness of my thoughts, thoughts that I cannot seem to stop, and say, “Yes, that’s hell; that’s the torment of Gehenna playing out in my mind and I can’t stop it.”  Then, having looked directly at my wicked or broken or twisted thoughts and named them, I can “take two steps back and have tea.”  What this means is that I can then calmly have a conversation with God that goes something like this: “Wow, what a terrible mess I am.  You see these terrible thoughts in my mind, and amazingly, You still love me.  Your love for me is overwhelming.  How You can love a mess like me I will never know, but I thank You.  I thank You for Your goodness and Your love for mankind despite our collective brokenness and sin, despite the pit we have dug for ourselves.  You have entered our hell, so now you are here with me now.”  That’s what a lot of my prayers sound like.

One of the other fathers at the monastery told me another story. He said it came from a Russian novel he had once read.  He said that there was a scene in which a group of people had newly arrived in heaven. After the group got their bearings, the group began looking for Jesus.  Eventually they meet an angel and ask him, “Where can we find Jesus?

The angel told them, “Well, Jesus is not here.”

“What! Where is He?  Are we not in heaven?” The people responded.

“Yes, you are in heaven,” the angel told them.

“Then where is Jesus,” they asked.

The angel said, “Jesus is in hell, saving the lost, saving the sinners.  Do you not remember His words, ‘it is the sick who need the physician’ and that the Good Shepherd ‘leaves the ninety-nine’ to seek the one that is lost?”

This story is like a lightning flash of hope to my heart.

There is nothing heavenly about my personal Christian experience.  The best it ever gets for me are brief lulls in the fighting, brief moments when the banging on the gates of my mind is not quite as loud a usual.  But this exactly is the reason why I can say that Jesus is near.  I am the lost sheep.  I am the sick and perverted and broken person who needs a physician.

Convolvulus Arvensis.  That’s the weed.  That’s the besetting sin of my garden.  It’s commonly called bindweed, and it’s almost impossible to get rid of.  Many a time I have flirted with despair.  Many a time I have said to myself that I can’t fight this any more.  To root it out you end up rooting out all of the plants around it, but even then you can’t get it all out.  It’s roots break easily and only one bit of root or only one leaf left on the ground can reroot into a new plant.  It’s roots get tangled among the roots of your favourite plants, and as they grow the bindweed winds its way around the stems, growing as much as several inches a week.  Like the wicked thoughts that I can’t get rid of, I often don’t even notice it until it has grown several feet wrapping itself around my beloved shrubs or flowers, and only with great care and attention can I unbind it without damaging (too much) the plant it wrapped itself around.

And it keeps coming back.  And I keep pulling.  What I do pull up will reroot wherever I throw it, so it must be burned (causing me to pause and consider the nature of hell fire, but that’s for another time).  It is a never-ending struggle.

But over the last couple of years, I have gotten a bit wiser.  I have not defeated the bindweed, not by a long shot.  But I have accepted the struggle.  I do not have some ideal garden to work with, just as I do not have an ideal life to live.  I have this garden to make beautiful, despite its reoccurring weeds.  And I cannot live an ideal life, I have to live my life, despite my reoccurring sinful, broken thoughts.  That’s the life I have to live, that’s the life I have to offer to God: a life full of bindweed, full of thoughts that I cannot control very well.  But just because my life is far from ideal, does not mean that I cannot do anything.  It doesn’t mean that I should give into despair.

Whatever I do, no matter how much I do, the bindweed will come back.  However, that does not mean that I have to stop cultivating the flowers.  It does not mean that I stop pulling out as much of the bindweed as I can (without damaging the plants I want to keep).  I can have a fairly beautiful garden, even if I am forever (or at least for the rest of my gardening life) having to again and again pull out and burn the unwanted bindweed.

And this change of attitude has made a big difference.  I have become quite familiar with my enemy.  I expect it.  I look for it, and from the beginning of the season when it starts to show itself until the fall when it’s still popping up while other plants are going dormant,  I just keep pulling it out—even though it usually breaks right at the surface of the ground, leaving the root.  But I don’t care.  When I see it, I pull it.  I’ve stopped being upset by it.

And this is how I have come to deal with my besetting sins, with the broken, twisted, depressing thoughts that just keep coming back.  I expect them.  They no longer upset me that much.  I just sigh, humble myself, and do my best to push the thought aside.  Sometimes it’s the Jesus Prayer that works, sometimes it’s a “tea-time” conversation with Jesus or Mary like I described above, sometimes it’s just a matter of shifting my mental focus to think about something good or true or beautiful.  But most of all, at least for me, my secret weapon is not to get upset, but rather to accept that as long as I live in this broken, sin-riddled body, I will have to be pulling out my reoccurring weedy thoughts.

And pulling weeds doesn’t have to keep me from planting flowers.  That is, although I struggle with unwanted thoughts, I can still do good.  I can still pray.  I may not be able to stop the unwanted thoughts, but I do not have to let them determine what I do or what I say.  I can still attend to what is good, what is true, and what is beautiful.  And the more I attend to the flowers, the more I find that the weeds are just a nuisance, just something to be pulled as I see them and not something to get upset about.  Jesus and Mary are with me, helping me to plant flowers in this weed-riddled garden.  And wherever They are, that’s where I want to be.