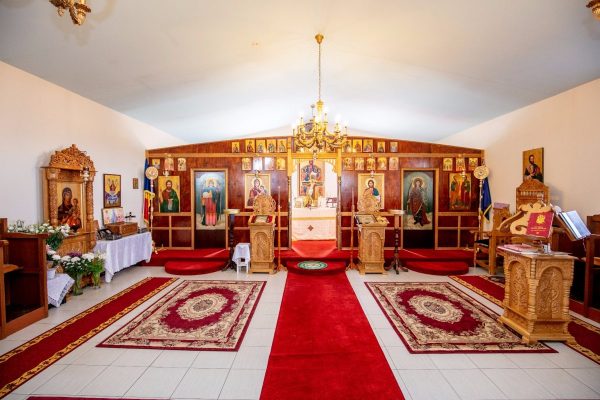 The Romanian Diocese of Australia and New Zealand is carrying out a complex project in the Australian state of Victoria, which includes the first Romanian Orthodox monastery in the southern hemisphere, a social and cultural centre, an episcopal chapel and a church dedicated to the Three Holy Romanian Hierarchs Andrew Șaguna, Gregory the Teacher, and Theodosius of Brazi.

These are “particularly important projects for pastoral-missionary work in Australia and New Zealand. The Theotokos helped us find this property,” Bishop Mihail said about the piece of land in Melton, Victoria.

The monastery, dedicated to the Life-Giving Spring, was founded in 2011, and the chapel with the same patronal feast was consecrated in 2012 when the foundation stone was laid for the Social-Pastoral Centre “Holy Emperors Constantine and Helen”. Since then, the Divine Liturgy has been celebrated regularly. The headquarters of the diocesan centre also operate there.

At the end of 2013, the foundation stone was laid for the Episcopal Chapel dedicated to the Holy Archangels Michael and Gabriel and the Cultural-Missionary Centre “Priest Dumitru Stăniloae”. In 2017 the arrangement of the parking lot for the believers’ vehicles was completed.

The church dedicated to the Three Holy Romanian Hierarchs will be a symbol of the unity of Romanians everywhere. The monastery’s chapel keeps a reliquary with fragments of the relics of the three saints.

Thus, a centre of Romanian Orthodoxy will operate in Melton. “It is necessary to create conditions for pastoral-missionary activity within the diocese, to preserve the Romanian Christian faith, culture and traditions in Australia and New Zealand,” said His Grace Bishop Mihail.

The Romanian Diocese of Australia and New Zealand was established in 2008, and Bishop Mihail was enthroned in the same year, on the feast of the Holy Apostles Peter and Paul, which is also the patronal feast of the Romanian Orthodox Cathedral in Melbourne, Australia.