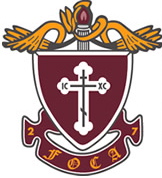 Representatives of the Fellowship of Orthodox Christians in America [FOCA] met with His Beatitude, Metropolitan Tikhon at the Chancery of the Orthodox Church in America here on Saturday, April 13, 2013.

The meeting opened with a general introduction of the FOCA’s mission, history, current activities, and charitable works, and future vision.  Organized as the Federated Russian Orthodox Clubs [FROC] by Father Vladimir Prislopsky and other far-sighted laypersons and clergy in 1927, the organization has worked toward uniting Orthodox Christians in faith, fellowship and service to the Church. Through its network of senior and junior chapters coast-to-coast, a variety of religious, educational, cultural, social and athletic activities have provided an ideal way to meet others within the faith, beyond the boundaries of the local parish. At their 1994 national convention, FROC members petitioned the Holy Synod of Bishops to be recognized officially by the Orthodox Church in America; at the 1998 convention, the organization adopted its present name.

Highlights of the meeting include the following.

Additional information on the FOCA may be found on its web site. 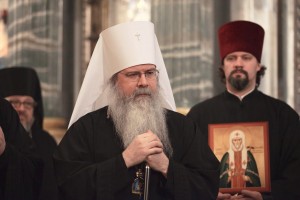