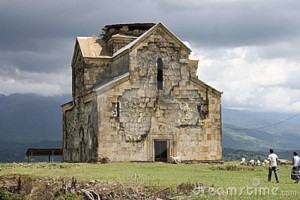 The Moscow Patriarchate believes a decision on the future of church life in Abkhazia should be made based on the church canons and the will of the people of Abkhazia.

“The final solution to the complex church issue in Abkhazia will, of course, take some more time. The necessary consultations on this issue are being conducted,” the source said.

The Moscow Patriarchate official said “a long-term solution to the issue of church life in Abkhazia is impossible without strict observance of the church canons.”

At the same time, the official said this solution “should have regard for the will of the people of Abkhazia.”