Getting rid of the hunger problem by decreasing the number of the people who eat.

When I speak about the abortion problem, I always remember an old Soviet slogan which you could see in every Soviet city: "The work of Lenin is alive". This work is really alive: the first Communist country was the first country in the world that legalized the killing of unborn children. The Communists had brought a lot of terrible things into human civilization: a new model of economics, new literature, new morals and new logic. In line with this logic, they made a new discovery: "One can get rid of the hunger problem by decreasing the number of people who eat.
Priest Maxim Oboukhov | 10 April 2007 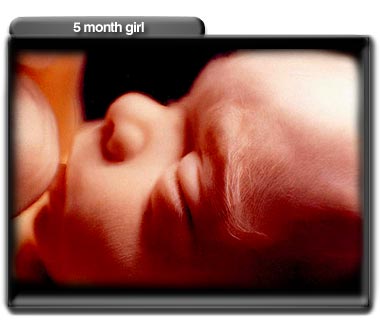 When I speak about the abortion problem, I always remember an old Soviet slogan which you could see in every Soviet city: “The work of Lenin is alive”. This work is really alive: the first Communist country was the first country in the world that legalized the killing of unborn children.
The Communists had brought a lot of terrible things into human civilization: a new model of economics, new literature, new morals and new logic. In line with this logic, they made a new discovery: “One can get rid of the hunger problem by decreasing the number of people who eat!
Lenin’s government spread this terrible invention; at first through the Bolsheviks, then by Margaret Sanger, and then by the birth control movements that followed.
The famous Russian writer, Ivan Bunin wrote: “The hellish secret of the Bolsheviks is to kill the sensitive… you can imagine seven murdered, but not seven hundred.” After the usurpation of the power in Russia, Bolsheviks used to kill thousands and thousands of innocent people. You could not imagine the number of people killed and the hundreds of millions of children killed by the communists and their abortionist followers in many countries.
The history of abortions in Russia:
On November 18, 1920 abortions were legalized by the Communist government. At the same time, Christians were massacred all over the country. There were so many victims among Christians that they think the number of martyrs was greater than in the first centuries.
We understand that at that time the Church was not able to stand up against abortions. In 1943 when wide persecution of the faith had stopped, there were very few bishops and priests who were not in prisons or prison camps. However, at that moment, the government prohibited abortions for a short time. After the death of Stalin, the communists had legalized abortions again (Khrushchev). During Khrushchev’s reign in the 1950s, persecution of the Churches proceeded with a renewed tempo. Thousands of Churches were closed and the priests could not preach against abortions. After Khrushchev’s era was over, the same situation remained and the majority of the parishes consisted mainly of old women. 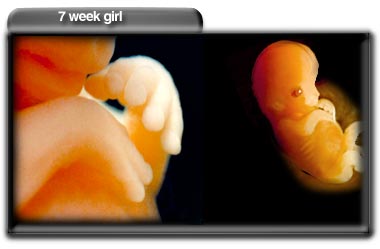 At last, in the1990s we have obtained the opportunity to openly oppose the killing of the unborn children. We have realized that during the last 70 years we have lost precious time. The consciousness of the nation had changed dramatically as a result of those seventy years when abortion was actively encouraged. Thus, the most dreadful result of the last decades was that an abortion became a normal and ordinary thing to do.
Everybody has a conscience. Many people hesitate before an abortion no matter what their religion or point of view on that subject might be. However, when an abortion becomes an ordinary event in society, it is easier to overcome the internal resistance of the conscience. People start to behave “as everyone else”. The number of abortions has increased and is a sign of spiritual regression in Russia. Abortions are now a common event and are performed in hospitals. The physicians in Russia do not have a right to refuse to do an abortion. The same medical staff that kills the unborn babies helps other women to deliver their babies. Gynecologists who believe in God leave their work and our gynecology, step by step, becomes an atheistic vocation.

The so-called “fetal therapy” is in use in Russia. This is a sort of cannibalism, when the parts of the body of an unborn child may be used for medical purposes. Officially an abortion is legal before 12 weeks but according to a social indication it can be done before 22 weeks. They say that it was done to get more materials for a monstrous fetal therapy. It costs a lot of money and the citizens of the countries where fetal therapy is illegal come to us for that.
There are a lot of abortions performed in Russia. Every year 2.5 million babies are killed, but it’s only according to the official statistics, which are not accurate. There are 100,000 in Moscow alone. This means that two of every three children are killed by means of an abortion. But the number of abortions is now very slowly decreasing. I am sure that this has to do with the activity of the Russian Orthodox Church. In spite of that, Russia is still one of the most abortionist countries. It happens not because we are cruel but because when a young lady goes for an abortion, she understands that her mother, grandmother and great-grandmother did the same. They look at the abortion procedure as if it were a tooth extraction. Sometimes you meet a woman who has had 5 to 10 abortions. Only 5% of babies in Russia are born healthy because a woman cannot give birth to a healthy child after an abortion. 25% of the couples are not fertile. Some of the experts think that the destruction of the USSR happened because Russians had become a national minority there.

Now we have the possibility to oppose abortion. The Pro-life movement started in the beginning of the 1990s and is about 7 years old. Our organization has existed for 6 years. There are pro-life groups in about 50 regions in Russia and some in Ukraine and Belarus. Most of them are located in the large cities, in the parishes of the Russian Orthodox Church. The main form of work is distributing information of any kind. Our group publishes a newsletter six times a year and distributes information through all possible ways. Such a form of consulting the women who are going to do an abortion is in wide use. Usually, we distribute leaflets and brochures that help gynecologists speak to pregnant women, give lectures to teenagers about abortions and the dangers of premarital sex.
Working in defense of life, we face some difficulties. The main one was mentioned above: an abortion became a normal thing in Russia. This is a great barrier in our work. The next trouble for us is lack of sympathy from physicians, who look negatively at the anti-abortion activity. However, the most danger is from the Russian Planned Parenthood association. 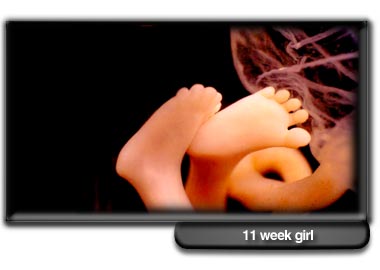 We are anxious about activity of Planned Parenthood in Russia. Our country is in a great demographic crisis and we look at this organization as on of the most destructive organizations in Russia. It diminishes our population by basically deterring people from wanting to have a good healthy family with children. We lost 20 million victims during World War II and our demographic crisis began back then and is connected to our losses in that war. It means that International Planned Parenthood Federation (IPPF) continues the work unfinished by the Nazis. This fact increases anti-American and anti-Western views here.
Some call what is happening a sexual revolution. That is a good comparison because there is a connection between sexual and communist revolutions….
During the French Revolution abortions were legalized.
It is well known that revolutionaries who suffused Russia with blood upheld a very liberal view on sexuality. They even refused to recognize marriage as part of human nature.
According to an original communist’s teaching, marriage should disappear in the future. If you compare the teachings of sexual and communist revolutionaries, you will find many similarities.
Like the communists, they are possessed with the idea of a global change of the world and the whole society, including destroying the moral, traditional and religious values.
Some Soviet high-level officials now actively support the Planned Parenthood Federation in Russia. They are: the president of the Russian Planned Parenthood Association V.I. Kulakov, the leader of the Russian feminist movement E.F. Lakhova, Vaganov, Kulakov V.I., Igor Kon and the others.
An anchor of the famous sexological antichristian newscast in Moscow is Helen Khanga, a granddaughter of the Black American communist who came to the Soviet Union from USA to build communism.
Wilhelm Reich (1897-1957), a crazy Marxist and preacher of the sexual revolution, supposed that traditional sexual morality needs to be reconsidered and a family should be out of the picture because it is the source of neurosis and oppression of sexuality.
Proof. Igor Kon is an active member of the movement for homosexual rights. He is now the “scientific” director of sex education programs, but made his scientific career in Marxist philosophy.
If you look back to history, you will find that the production of condoms began with an order from the director of Soviet Secret police in 1939, which was also Stalin’s killing machine.
The old links of those communists helped Planned Parenthood penetrate into the state health organization and to submit them to the goals of Planned Parenthood. It happens often that state bureaucrats are also members of Planned Parenthood and worked in state hospitals and health organizations in the past. Today Russian Planned Parenthood has 52 branches all over the country.
In the beginning of their existence they quickly lobbied to receive the state’s money and for taxpayers to feed them. Last year corporate work of pro-life organizations forced our Parliament to refuse to give money to Planned Parenthood. It means that the pro-life movement has become influential in our country.
In spite of some success we are under pressure from PP and the feminists. The leader of the Russian feminists knows the President and feminists are influential in our country in general. They distribute absurd rumors about the pro-life movement: that we kill physicians, that we receive money from abroad and stop women from having abortions for the sake of selling their children. Some of them even say that our propaganda stimulates women to commit suicide.
Yet the number of pro-lifers is slowly growing, in spite of the fact that it is impossible to ban abortions now. We want to remove social indications and to stop government policy on “family planning”.

Check out http://layyous.com/ultasound/ultrasound_video.htm for incredible 4D video of babies in utero!