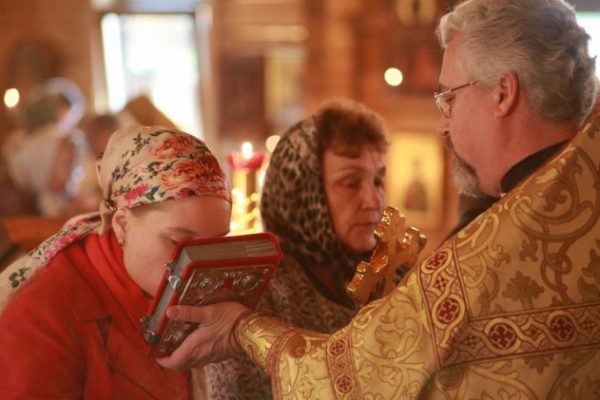 Here is an immensely helpful essay by Met. Kallistos Ware, in which he traces the careful path between assuming that all will be saved (universal salvation) and praying that all will be saved—praying with yearning and tears, for “God desires that all may be saved and come to knowledge of the truth” (1 Tim 2:4). He does this by examining the thought of St. Silouan the Athonite (1866-1938), a Russian monk with little education who became a very wise elder. St. Sophrony (1896-1993), also mentioned in this essay, was a spiritual child of St. Silouan and wrote his story.

There’s a distinction that is often missed between praying that all will be saved and assuming that all will be saved. That’s especially the case in our time, when the more challenging aspects of faith are routinely played down, and God’s mercy is emphasized to the near exclusion of any other characteristic. Of course he is great in mercy, and what we say of that is true; yet in emphasizing it we can lose our balance, tipping too far toward one side. In a comfortable age such as ours, we assume God wants us to be comfortable, and we skip over the Scriptures that tell the tougher things Jesus said.

What’s more, the secular world puts enormous pressure on us to espouse universalism. For that reason, we must give careful consideration to the other side of the argument. A non-universalist view characterized Christian faith from the beginning, and we should not assume that we are wiser than all the other Christians in history.

Social pressure can sure obscure our ability to think clearly, though. I recommend what I call “the New York Times test:” when considering a viewpoint, ask yourself which side the New York Times would approve. Which side would the secular elite smile upon and reward? Then put a little extra weight on the other side of the scale. Challenge yourself to think a little harder, a little longer, about whichever point of view would make you less popular with the powers-that-be.

Of course in Orthodoxy the view of salvation is different than it has been in the Western Christian tradition. We don’t think God “sends” people to hell, but that in the next life we will all experience the unveiled presence of God, who is ultimate Light and Love. To those who “love darkness rather than light” (John 3:19), that inescapable light will be searing torment.

How we experience God in the next life depends on how we nurture and shape ourselves in this life. People choose day by day, one choice at a time, what kind of person they are turning themselves into. In the end, Judgment Day will be a simple matter of identifying whether we have turned ourselves into sheep or goats. It doesn’t require a lot of careful scrutiny to make that distinction. It sounds like the Last Judgement is going to be less like judging a criminal case, and more like judging a livestock show.

The question, then, is whether one who dies in hostility to God can gradually, over the course of eons, be healed and enabled to love God. If “all” are to be saved, then self-made goats who are wooed by God’s love for eternity will surely, gradually, turn into sheep.

I don’t think we can assert with any confidence that that is the case. (To touch briefly on a side point, the emphasis that is placed on having a lot of time for this to happen is surely irrelevant, for it is a state or realm of timelessness. If it is essential to the thesis that there be lots and lots of time for the change to take place, there’s a flaw in there somewhere.)

So we should not assert with any confidence that all will be saved. Might things actually turn out that way? We have no way of knowing. But it seems clear that we are not supposed to assume it. We are nowhere even invited to hope it. I think that is because, if we dwell hopefully on the likelihood that all will be saved, it greatly undermines our motivation to preach Christ to unbelievers. It’s an awkward thing to speak of faith to unbelievers, and the thought that it wouldn’t make any difference in the long run anyway takes off the pressure. No, our operating instructions are founded on the opposite assumption, that some will endure hideous torment unless we bring them the Good News.

And if God has a secret back-up plan to bring everyone ultimately into to full joyous communion with himself, should we fail to do our job, he hasn’t tod us about it. It shouldn’t be surprising if he has told us only part of the story. He has told us only as much as he thinks servants need to know.

It seems Our Lord intended us to operate under an assumption that salvation can truly be lost, and lost to great torment. And so, picturing the horrors that come from rejecting Christ, we should do our part to call the world to salvation, seeking God’s will “that all may be saved.” Met Kallistos’s essay traces that distinction by examining the thought of St. Silouan the Athonite and other saints, ancient and modern.