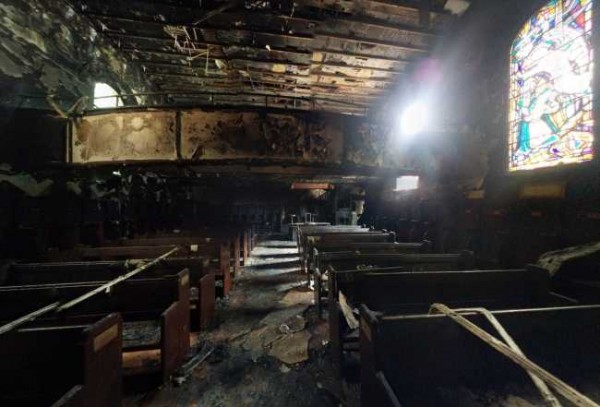 Looking towards the west of the Annunciation of our Lady (Evangelismos) church, where the bulk of the damage was caused. PHOTOS: FACEBOOK (GREEK ORTHODOX COMMUNITY OF MELBOURNE AND VICTORIA)

The history of the Greek presence in Australia took a serious blow on Monday, when Victoria’s first Orthodox church was severely damaged in a fire, including icons dating back to the 1800s.

The incident took place at the heritage-listed Annunciation of our Lady (Evangelismos) in East Melbourne at approximately 1.00 pm, shortly after a morning liturgy was held to celebrate the holy day of Saint George.

No one was inside the church at the time, and the fire brigade managed to gain control of the blaze in half an hour, with the majority of the damage occurring in the west wing of the church.

While reasons behind the cause of the fire have yet to be confirmed by Victoria Police in writing, president of the Greek Orthodox Community of Melbourne and Victoria (GOCMV) Bill Papastergiadis informed Neos Kosmos that police had concluded the fire was not suspicious.

“The police told us … that they have formed the view that it’s an accidental fire, but they haven’t provided any further particulars,” he said, with the final report expected to be complete next week. 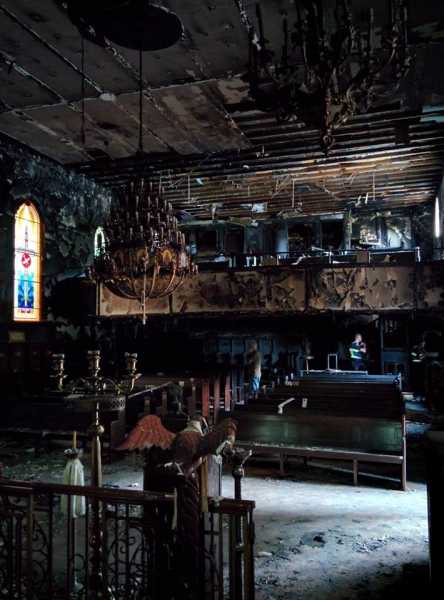 So far the damage is estimated at more than $500,000, and though it will take time to rebuild, Mr Papastergiadis says the community is dedicated to its restoration.

“Planning for the church’s restoration will begin as soon as the police and the MFB finish their investigation and a full account has been taken of the damage,” he said.

“What we’re now doing is we’re in the process of engaging with all of the relevant stakeholders to rebuild the church to its former glory, so we’re committed to that. And we have already started meetings with the insurance assessors and also involving the Archdiocese with their experience as well.”

The president also added that there are plans to set up an appeal fund to assist with rebuilding the historic site, which parish priest Father Kosmas Damianides acknowledged has been part of parishioner’s lives for many years.

Mr Papastergiaidis admitted “it brought a tear to my eye”.

“I’m a regular attendee at that church and not only did it have antiquities in the sense that it had the icons and tapestries that were over a hundred years old, but putting that aside, it’s also got enormous spiritual and symbolic importance to our community and myself personally,” he explained. 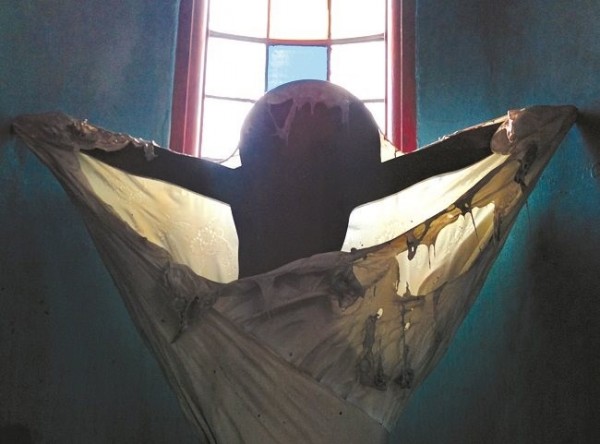 It is yet unknown whether the Greek Orthodox Archdiocese of Greece or Australia will assist in replacing the priceless damaged icons, though discussions are currently being held with companies specialising in the restoration of antiquities.

Built by the Greek Orthodox Community of Melbourne and Victoria, The Annunciation of our Lady (Evangelismos) was constructed in 1900-2 to serve Greeks, Syrians and other nationalities of the Orthodox faith. It is protected by the Heritage Act 1995 and was listed as part of the Victorian Heritage Register in 1982.