The Holy Synod of the Greek Orthodox Church decided to interfere with school book contexts, and the Ministry of Education requested an appointment between a Church representative, and the Editorial Committee of the Pedagogical Institute. 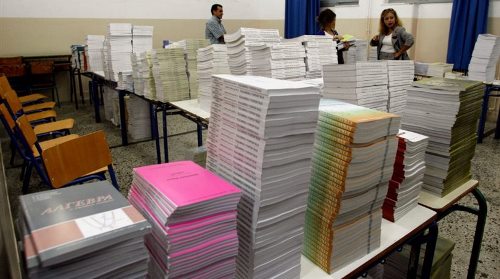 According to the report by Ta Nea, Holy Synod has made such a similar request several times, as the religious body has complained and objected to the content of school text books in the past.

The complaints have not always referred to the text books for religious studies, history or literature. In October 2010, a group of bishops had initiated a campaign against what they perceived as signs of “de-Christianization” in primary and secondary education text books. The eventual causes probably coming from potential moral and spiritual crises.

However, Archbishop Jerome recently congratulated the effort of Ministry of Education on the issue of religion course which “maintained its religious character.”