Source: The National
Caline Malek | 06 January 2015
ABU DHABI // Greek Orthodox Christians are building a church in Mussaffah to accommodate the hundreds of worshippers living in the capital. 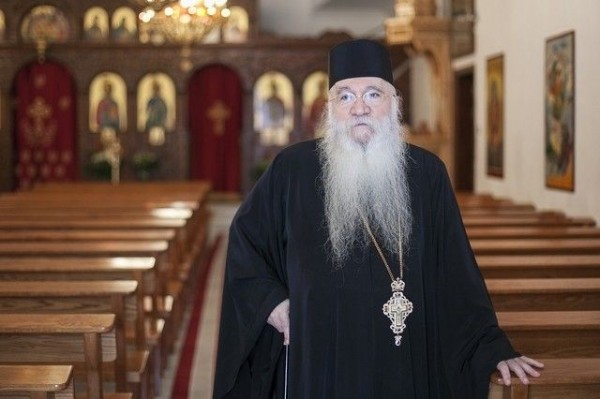 Father Stephanos Neaimeh, a Greek Orthodox priest, has lived in the UAE since 1989. Mona Al Marzooqi / The National

In addition to the 700 Abu Dhabi families registered with the church, Father Stephanos Neaimeh believed there were 300 to 400 more unregistered families in the emirate.

“The Saint Nicholas Orthodox Church isn’t very big,” said the Lebanon native. “It fits about 300 worshippers, sitting and standing. Sunday and Friday masses are usually full and we have 700 families, so we don’t have much space. We sometimes use the salon upstairs with a screen and we place chairs outside too. During Easter and Christmas we never have space.”

The Saint Andrew’s Centre, an Anglican compound with more than 40 Christian worshipping groups, was built in 1975. The church has worshippers from seven Arabic nationalities, mostly Palestinian, Syrian and Lebanese.

“If they need to pray, we give them the church with their own priest. Otherwise, they can pray with us using their books. We use the Greek and Arabic languages and we’re thinking in the future to prepare a book using English and French because some people don’t understand Greek and Arabic.”

The compound in Al Mushrif was a donation to the British embassy from Sheikh Zayed, the founding President.

“The Greek Orthodox church then bought a plot of land from the British to build their church,” said the 65-year-old clergyman. “We have been treated very well and we always pray for the late Sheikh Zayed’s soul to rest in peace because he founded a country that is open to anyone. He turned the desert into paradise and those who hadn’t lived in his days don’t know how wonderful it was.”

The new church, Saint Elia, will house about 1,250 worshippers sitting. “It will be much bigger than the current one.”

Its construction started in May and it should take 18 months.

Ornaments for the church are being brought from Greece. “Every year I fly to Greece to ship crosses, icons and religious books for the church and I have never once been stopped or questioned,” he said. “The local population is very polite with us, well mannered and very hospitable.”

Father Neaimeh, who arrived in the UAE in 1989, said he valued his time in the country. “I’m not surprised I stayed this long because in the Orthodox Church the priest is like a father to the congregation – he stays with them and takes care of them for as long as he is supposed to,” he said.

“I am happy here in Abu Dhabi because the priest is like the soldier, he serves the people like his family. We don’t differentiate between rich and poor and all people are the same in the church.”

The UAE includes three Orthodox churches, including one in Jebel Ali.

“We organise bazaars and dinners to raise funds for the church,” said Gloria Mina Chahine, a member of the church’s 30-person committee. “I’ve loved church ever since I was a child. I was always in Sunday school and the choir back in Lebanon and I go to church every Friday. I like to pray and I feel a special feeling towards God. When I came to Abu Dhabi with my husband 20 years ago we joined the church. It’s a nice habit and I really found my family in the church.”

Nabil Al Zahlawi, a Syrian-Canadian who has lived in Abu Dhabi for 20 years, said the aim of the committee was to bring the best to the Greek Orthodox community and support the church’s activities. “We have a lot of work to do with the new church,” he said. “We always face problems in the current church because it’s too small. But now that we own the land officially we can do a lot of work without any problem.