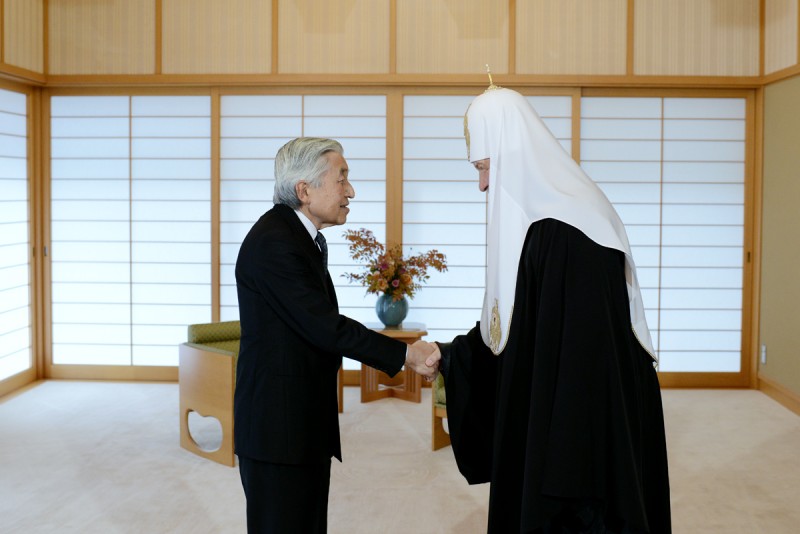 His Holiness Patriarch Kirill sent the following greeting to the Emperor Akihito of Japan with his 80th birthday:

His Imperial Majesty the Emperor Akihito of Japan

Please accept my heartfelt greetings with your 80th birthday.

You have dedicated your life to the service to Japan and its people. Largely thanks to your personal merits and work of the entire reigning dynasty, the country has become in the past years one of the most prosperous states of the world, in which a widely used modern technologies are combined with keeping the centuries-long traditions and customs.

It is gratifying to know that the local Autonomous Orthodox Church enjoys due respect. Its founder, St. Nicholas Equal-to-the-Apostles, had managed to maintain good relations between our nations and facilitate their strengthening even in the difficult time of tension in the Russo-Japanese relations.

I have warm recollections of my visit to the Land of the Rising Sun in 2012 and of the meeting with Your Majesty – a man of high culture and strong spirit.

I wish you good health, peace of the soul and the blessed success in your work done for the good of the people of Japan.