On 4 October 2012, His Holiness Patriarch Kirill of Moscow and All Russia chaired a regular session of the Holy Synod of the Russian Orthodox Church held at the Patriarchal and Synodal residence in St. Daniel’s Monastery. 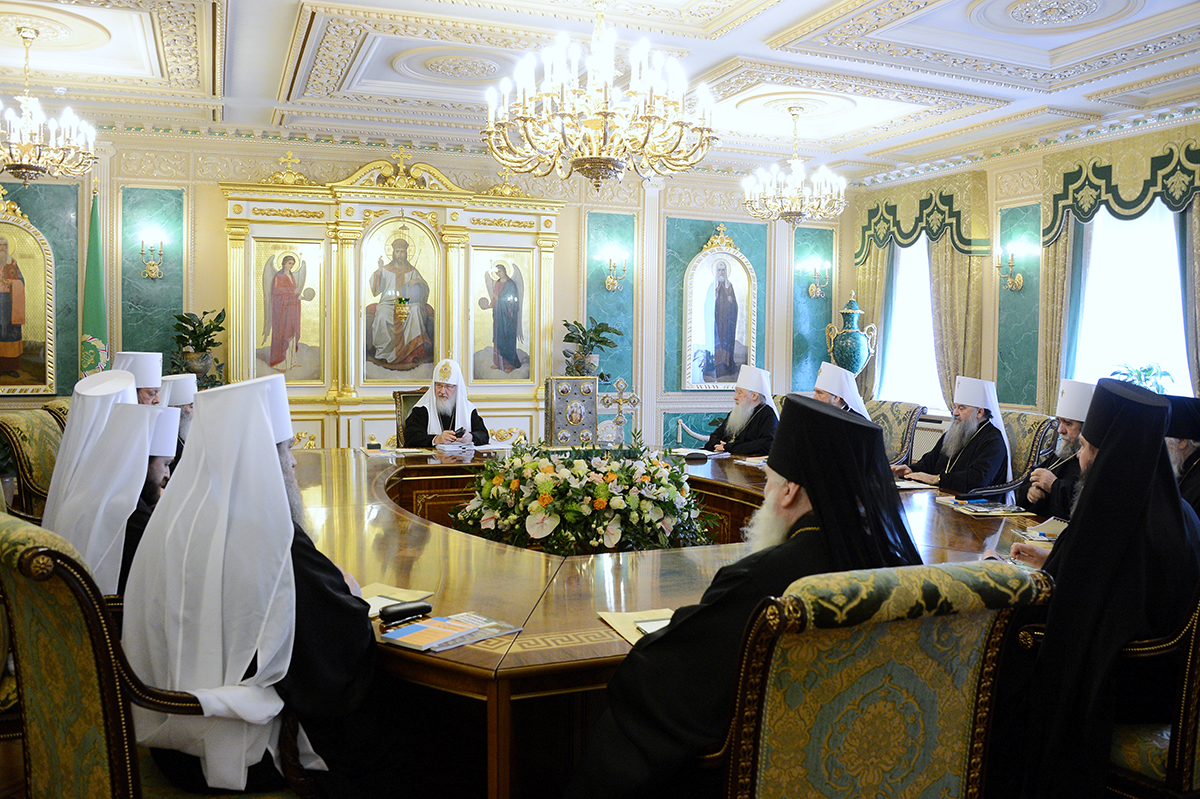 Metropolitan Aleksandr of Astana and Kazakhstan and Metropolitan Vikentiy of Tashkent and Uzbekistan were made permanent members of the Holy Synod by its resolution of 5 October 2011 (Minutes 99) pending approval of the Bishops’ Council.

While opening the session, the Primate of the Russian Orthodox Church greeted all members of the Holy Synod and reminded them that it was last but one session in the current year. “Today we shall consider a number of matters pertaining to the bishops’ vacancies in the regions of the Russian Federation and discuss the establishment of the two more metropolias in the territory of Russia,” he said and continued:

“I would like to draw your particular attention to my visit to Poland during which we signed the Joint Message to the Peoples of Russia and Poland together with the leadership of the Catholic Church of Poland. This document has been highly appreciated both in the Orthodox and Catholic milieu and also by the secular pubic. I believe that the Church should approve this document. Members of the Polish Episcopal Conference took part in secret voting on the draft document and supported it unanimously. We adhere to another kind of procedure: the Synod approves the documents post facto. Nonetheless, it is important to give the Message a proper church canonical authority.

“We shall also consider external activities of the Russian Orthodox Church and, as usual, issues of personnel in our educational institutions and monasteries. There are twenty-three items on the agenda.”

Metropolitan Vladimir of Kishinev and All Moldova was awarded the Order of St. Sergius of Radonezh, 1stclass, in consideration of his zealous archpastoral work and in connection with his 60th birthday. 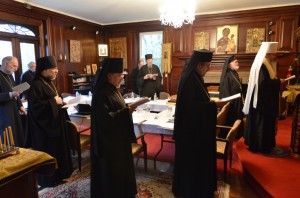 March 15, 2013 The Holy Synod of Bishops of the Orthodox Church in America held its… 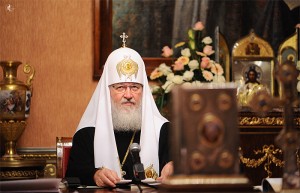 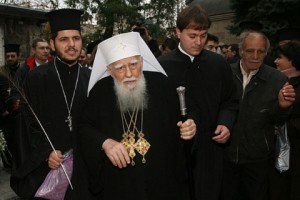