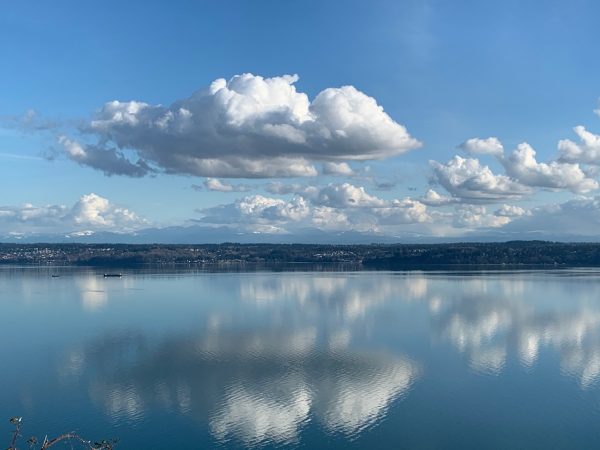 God is a merciful God, quick to forgive, quick to show mercy, quick to embrace us when we turn to Him. In all of eternity our God chose to create humankind in His image and likeness, offering His creatures the opportunity to commune with Him in the endlessness that is time. He’s given us free will, allowing us to choose, or not to choose, a relationship with Him. We, in our freedom, can choose between good (God) and evil (Satan), as is our choice.

We can usually tell the difference between good and evil. Murder and theft are obviously to be found in the evil camp, whereas kindness, philanthropic deeds, mercy and love, are in the camp of holiness, and the divine. Yet so many feel that God is simply a myth, a nice idea, but hardly believable. If this God they’d like to believe in were truly real, wouldn’t He make it easier to see Him, and seek Him out? If we are free to choose God, why doesn’t He make Himself easier to find? Why does this God expect us to believe in Him when we can not see Him, or feel Him? If there be a God, why doesn’t He simply make Himself known, letting us choose or not choose communion with Him?

These are questions that many people pose, at least to themselves. Many want to believe there is a God who cares for them, and is capable of making a difference in their day to day struggles, but just can’t quite surrender to belief. The nihilistic philosophy that has possessed the hearts of many young people today is based on the despair of an age that has seen so many wars, so much poverty, so many murders, so many children abused, and a seemingly hopeless future. How can there be a God when so much suffering abounds in this world? How can there be a God when even innocent people, good people, suffer?