How to Check If Your Life Is Correct? 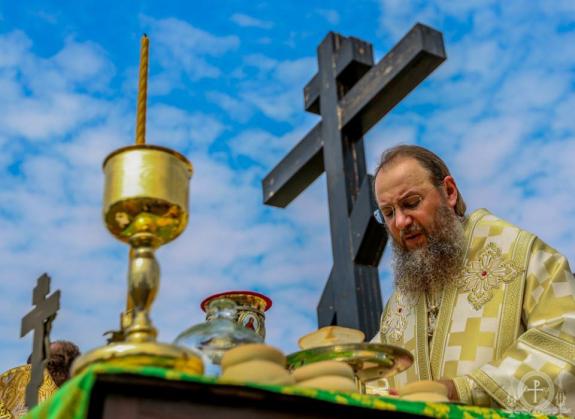 Checking against the Compass

The lives of the righteous are like a spiritual compass for us against which we check our lives. Just as a magnetized needle in a compass always points to the north no matter how we turn it, so the lives of the righteous always aspire to Christ. No matter what life circumstances are, no matter how sharply their lives’ roads wind, they always remain true to the only right direction: following Christ and fulfilling His commandments.

God is closer to each of us than we think: He is inside us. The long search for God eventually leads us to a place where the path originally started. To fundamental and established truths: God opens up to those who are able to accept His revelation given in the commandments.

Sometimes keeping the commandments seems to us to be something insufficient: it is, they say, too easy a path for us, “great people of faith”. And we, inspired by our own stubbornness, are going to look for a more difficult path, deeper truths and intimate secrets. However, in the end we come back, like a prodigal son, with a clear understanding: keeping the commandments of God is the knowledge of God.

Even in the distant Old Testament times the Book of Ecclesiastes wisely said: “The sun also rises, and the sun goes down, and hastens to the place where it arose. The wind goes toward the south, and turns around to the north; the wind whirls about continually, and comes again on its circuit.” Yet one needs to go through the path of doubts and delusions to be absolutely sure in the accuracy of this axiom. A spiritual life is a continuous struggle with one’s fears, doubts, and disbelief.

Many initially believe that the commandments of God are a limitation of human freedom, possibilities, and desires without thinking about the fact that it is a sin that enslaves human’s will and leads to eternal destruction. The commandments of God are exactly the means that limit the influence and weaken the effect of a sin. When we accept them as our natural necessity, keeping them becomes easy and joyous.

Orthodoxy is built on paradoxes. What is outwardly clear and right, conceals a hidden wrong, but not everyone can distinguish it. If you take a detached view, many things in Christianity may look strange and wrong, but when you touch and dive into the Christian teaching, all the “wrongs” flock to the truth.

With all its logic Christianity is understood not so much by mind as by heart. Imbued with the light of faith one starts to reconcile things that appear to be incongruous: to reconcile the obvious and the impossible. They easily get along in the new reality. Accidents and coincidences cease to be such, they take shape of a specific answer, a reaction from above to changes in our spiritual lives.

Throughout life a person asks many questions, most of which will not be resolved, but a moment will come once when there will be no more questions left. Everything will become crystal clear.

“Can a mortal ask questions which God finds unanswerable? Quite easily, I should think. All nonsense questions are unanswerable. How many hours are in a mile? Is yellow square or round? Probably half the questions we ask – half our great theological and metaphysical problems – are like that”, writes C.S. Lewis.

Everything in Christianity is fairly simple, as close as possible to a common person, but at the same time more difficult than any science.

The center of everything in Christianity is love. God is absolute Love. Love for Him is always mutual. We, Christians, have an opportunity to be enslaved by this love, and it is exactly what a person needs to be happy. Unfortunately, the concept of “love” in a human’s mind often does not coincide with the divine plan for it. “God loved the birds and invented trees. Man loved the birds and invented cages”, the contrast is evident.

It is essential to follow the word of God every step of the way without mangling it, catching its hidden meaning. This is what the saints did. This how Saint Anthony of the Caves lived, whose memory we celebrate today (July 22 – Pravmir). Having heard the word of God he went to Athos, from where he brought traditions of monastic life to Kievan Rus, and became the founder of Russian monasticism.

People become fully human only when they keep the commandments of God, correctly measure themselves with their God, and are able to see God in their neighbors and to empathize with another person’s pain and sufferings. Blessed is he who is able not only to listen to their neighbors, but also to help them even at the expense of their own earthly interests. This is how the saints lived, including Saint Anthony of the Caves, and this is how we should live.

May the All-Merciful God help us in this, and may His words always be clear and perfectly understandable to us!

The sermon was written down by Natalia Goroshko.