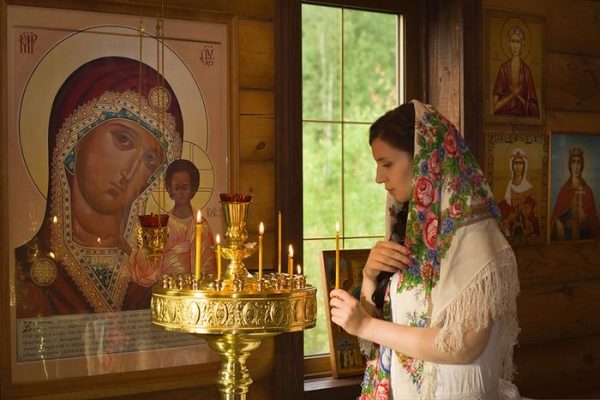 In homily 24, St. Isaac points out a fundamental law of discernment:

“Everything that can be perceived by the senses, whether an action or a word, is a  manifestation of something hidden within.”

This principle of discernment is not given to us so that we can spy into the hearts of others by trying to surmise what is hidden in their hearts by scrutinizing their words and actions.  No, if we apply this principle to others then it ceases to be about discernment, and is rather about judgement, something none of us are called to do.  Of course, in certain contexts and in certain roles in the world (teacher, parent, police officer, judge, etc.) we may be called upon to make distinctions and decisions based on other people’s words and actions.  Even in the Church—actually, very often in the Church—we must make such distinctions and decisions based on people’s words and actions, yet we are never called upon to speculate about what may or may not be hidden in the hearts of others motivating their action. Only God and perhaps the person him or herself knows what is hidden in the heart.

I say perhaps the person knows what is hidden in his or her heart, but more accurately I should say seldom does a person know what is hidden in his or her heart motivating their words and actions. To know one’s own heart, many have said, is to begin to know God for the heart is the meeting place, the door, or the temple where the person meets with God. And so, the purpose of St. Isaac’s instruction that every word and action proceed from the heart is to help each of us to examine our own words and actions and begin to discern and discover what is hidden in our own hearts. It isn’t the warm fuzzy or cold prickly feelings we have inside that faithfully reveal to us what is in our hearts; rather, it is what we actually do and say that reveals what is in our hearts—often regardless of how we feel.

However, St. Isaac tells us, that some occurrences, that is some words and actions that proceed from us, are accidental. These do not come from the heart, unless they become continual or typical. These accidental words or actions, according to St. Isaac, do not necessarily come from our will or our free choice. Whether or not they are freely chosen and come from our will, thus revealing our heart, is shown primarily by the fact that they continue to occur. If they do not continue, then they are less likely to be from the heart.

For example, I might in a moment of tiredness or stress snap angrily at my grandchild. If I immediately repent and do not do it again, then we could say that it was an accidental occurrence, and St. Isaac says it is “only slightly taken into account.” This principle applies not only to bad behaviour, but also to good. If on a good day, someone catches me in a good mood and hits me up for a contribution to a good cause, I might give a hundred dollars. However, if this is not something I am continually doing, then St. Isaac says that it also is an accidental occurrence not really revealing anything in my heart. You might call this accidental generosity, but because it is not a continual action, not something I’m always doing, not something that characterizes me, this accidental generosity does not reveal a genuinely generous heart.

Why does this happen? Why is it that I can sometimes say some terribly mean things to the people I love the most.  Things that are not in my heart, things I do not want to be true. And why is it that I can suddenly be so amazingly patient or self controlled or generous in a particular unusual situation, but then immediately return to my normally impatient, intemperate and selfish self as soon as things return to normal? St. Isaac would chalk this up to human changeability, or to use his word, variableness. That is, human beings are able to change, able to repent, either for better or for worse.

Thus, for as long as we live we need to watch ourselves carefully and never allow ourselves to pridefully boast in our mind that we have pretty much got things under control. In fact, St. Isaac tells us in homily 5 that

“in each matter about which a man boasts himself, God permits that he change, so that he should be humbled, and learn humility.  This is why you must surrender all things to God’s foreknowledge, and not believe that there is anything in this life unchanging.”

No matter how holy a person becomes, change for the worse is possible; similarly, no matter how sinful a person becomes, changes for the better is possible. However, with habit in either virtue or sin, change becomes more painful with time. This is why St. Isaac advises us, “While the transgression is still small and blossoming, pluck it up, before it spreads to cover the field.”

St. Isaac points out that although these accidental occurrences are not necessarily intentional on our part, neither are they random. God and our guardian angel, he says, work providentially to “pilot” these accidental occurrences, whether good or bad, so that they serve one of four functions in our lives. These four functions are (1) as incentive, (2) as a trial, (3) for training, or (4) as a recompense. St. Isaac advises us—in fact more than advises, he says we are blessed—if we compare every occurrence, that is everything we do and say, with what is really in our heart; and if it proves to be an accidental occurrence, then we should seek out its cause or function and see in it the instructing, providential hand of God.

For example, I might stay up too late watching “just one more” episode of my favourite new series on Netflix, and the next day snap angrily at my wife, something I generally don’t do. Upon reflection I might realize that this accidental occurrence, this unusually bad behaviour on my part was a kind of recompense, a reaping of what I had sown. If I foolishly squander the time God gives me for rest, then I am more likely to change in bad ways: I am more likely to give myself permission to take my tiredness out on other people.

Or here’s another example. Once (and only once—you will soon see why) the bishop asked me to serve vespers at a large conference. I have served vespers at least once a week for about twenty years. I know vespers. And yet, despite all of this experience, in the opening declaration of the service, I said the wrong words, which I realized right away, but it was too late, they were already loudly proclaimed for the bishop and all one thousand plus attendees to hear. And then the service went down hill from there. I must have made a dozen Jayvee mistakes in that one vespers service, all of which I noticed immediately and some of which I had been focusing very hard on immediately beforehand not to commit. But I made the dumb mistake anyway. The bishop’s one comment to me afterward was, “you need to study liturgics,” as though I were a seminarian celebrating vespers for the first time.  Here, my accidental occurrences, my liturgical mistakes, were along the line of trial. It was a large spoonful of humiliation, and I just needed to swallow it calmly and move on.

And then there are the good accidents. Most of what I know about counselling, for example, has come from good accidents. Somehow in God’s mercy, I say something or do something in counselling that works, that bears good fruit.  When this happens, St. Isaac calls it incentive. When an accidental occurrence creates or leads to something good, then we are given an opportunity to repeat it and learn it and ingrain it in our heart. I know nothing about counselling technique. Nevertheless, through trial and error, or rather through the incentive God has providentially given me through accidental occurrences producing good fruit, I have learned that I counsel best when I allow my heart to be open to the person I am talking to, to listen with an open heart and to love intensely the person or people sitting in front of me right at that moment. What begins as accidentally good behaviour on our part can be repeated and can sink into our heart making our own the character that will regularly produce this good behaviour.

St. Isaac ends this homily by reminding us that the purpose of this changeability, these accidental occurrences, whether good or bad, is to teach us humility and self-reproach. When we know that we can always fail, in fact that we often fail even though others may not see it, then we can more easily humble ourselves before God and before our fellow human beings. St. Isaac reminds us that when we see ourselves as feeble and despicable (which, by the way, does not mean evil, it just means “to be looked down upon,” as Jesus taught us, to see others as higher than ourselves) when we see ourselves humbly, then we can know “that in very truth [we] walk on the path of God.”