Icons Differ from All Other Art in Its Mysticism

We do not have to be experts in art to tell at a glance that the art of the icon is radically different from any other art form. An icon seeks to make visible the borderline between heaven and earth. Its subject matter may be “in” this world but not “of” this world. Thus the picture becomes a sort of window into heaven.
Protopresbyter Alexander Schmemann | 13 January 2005

We do not have to be experts in art to tell at a glance that the art of the icon is radically different from any other art form. It has neither the realism of classical Greek and Roman art nor the mystical feeling for the “Great All,” which is so characteristic of Chinese art. It is neither concrete nor abstract. It is neither western nor eastern. In fact, it is both at once. The Byzantine art form which is expressed in an icon seeks to portray the Invisible made visible. The abstract of the East and the concrete of the West meet in the Person of Jesus Christ, God made flesh. 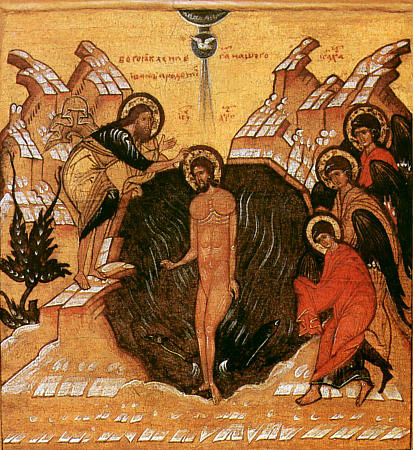 Iconographic art is strictly Christian art. It began to flower in the fourth century, as Christianity emerged from under the shell of the pagan Greco-Roman civilization. It received its impetus at the imperial city of Constantinople, a city which boasted it had never known a pagan temple. And it came into its first full bloom in the sixth century during the reign of the Emperor Justinian I.

An icon seeks to make visible the borderline between heaven and earth. Its subject matter may be “in” this world but not “of” this world. Thus the picture becomes a sort of window into heaven. For this reason a true icon always has a rather flat appearance. There is no depth to the picture, and that is just what disturbs us about it at first glance. The picture seems primitive. A closer study reveals, however, that the picture is often exceedingly complex. The flatness, for example, is sometimes achieved by drawing perspective in reverse. The artist expects us not to look at his picture, but through it.

During the 9th and 10th centuries, iconography underwent a decline under pressures from two different directions. In the West, realism began to return to Christian art. This process continued all through the Middle Ages right up to the Renaissance when Greco-Roman naturalism was fully revived. In the East, on the other hand, particularly in Armenia and Syria, there were movements to eliminate religious pictures altogether.

The Moslems, like the Persians and Jews before them, objected to portraying God in art. They considered it sacrilegous and accused the Christians of being idol worshippers. The easternmost Christians were particularly sensitive to these charges, so when Leo III, an Armenian, became emperor of Constantinople, he forbade the use of icons.

Persecution and vigorous controversies were the result. Church leaders maintained that the icons were more than mere adornments to the churches: they represented the very core of Christianity – the Incarnation of God, “I have seen the human image (icon) of God,” said St. John of Damascus, “and my soul is saved.” Finally, in 843, the government gave in and the icons were restored to the churches.

There are two distinct schools of iconography, the Greek and the Russian. In addition, many Western Romanesque paintings are local Italian, Spanish, and French variants of Byzantine iconography. Byzantine Greek iconography was the original model for all Christian art. The figures are generally massive, with clean cut lines and brilliant colors.

Russian iconography came into its own from the 14th to the 16th centuries. It differs from the Greek in its more subdued colors, curiously elongated figures, and heightened sense of rhythm to the whole composition. Northern Russian artists felt the influence of Scandinavian Romanesque art, while from the south after the Mongol conquests of the I3th century came Persian art. But basically Russian iconography remains Byzantine.

An icon is considered more a work of worship than a work of art. The painter must be a faithful member of the Church. He is expected to prepare himself by prayer and fasting. His art must be subordinate to the rule of faith. There are strict limits to the artistic imagination.

All these rules were kept for centuries, in recent times the art of the icon has declined. The rules and the reasons for the rules have been forgotten. Icons have become “just pictures.” Naturalism has replaced symbolism. Eastern theologians consider the decline of icon-painting to be a sign of a decay of the Faith, and a lack of understanding of the dogmatic and devotional issues involved.

Now at last the situation is being reversed, Abstract religious art is coming into vogue once more. Byzantine art is looked upon with more understanding and more respect than it was a century ago. And most significant of all, new icons are being produced by contemporary artists which are just as vigorous and religiously moving as the great masterpieces in the Holy Wisdom Cathedral of Constantinople painted thirteen hundred years ago.