“If the World is Safer for Girls, It Will Be Safer for Everyone,” Elena Alshanskaya Speaks about New Ethics 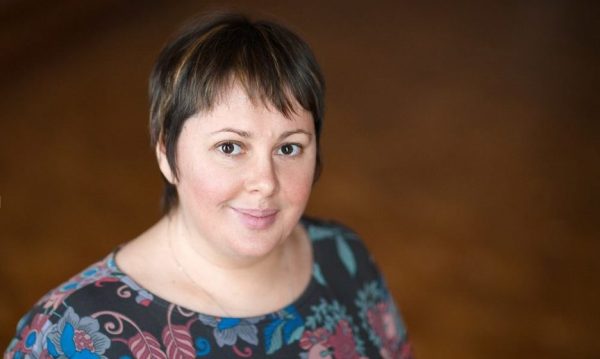 “Many people do not understand why someone talks about situations from the past. These people wonder, “Why were they silent before, because this was not the norm back then either?” But the situation in which you feel like a victim is humiliating and unpleasant. It is difficult and scary to talk about it,” writes Elena Alshanskaya, Head of the Volunteers Helping Orphans Foundation. She told Pravmir how new ethics are changing the world and why our children are better than us.

It seems to me that the main thing that is happening now is that our personal boundaries have clearly expanded and it has become more difficult to silently endure their violation. Certainly, there was an understanding of personal boundaries before as well, but it seemed more permissible to violate them, and it was not accepted to talk about it. In many ways, this is why only now women who grew up in conditions of violence can declare this out loud.

Personally, I realized that women are in a vulnerable position quite early, and for me it was a shocking revelation. Suddenly it turned out that you needed to constantly keep in mind some hidden reality.

If I was talking to a boy, it was worth considering that my appearance could be interpreted in some particular way. As children, we all played together in the yard, and from the age of 11-12 they suddenly stop communicating with you as with a normal person. Strange ambiguities appear in any conversation. You cannot directly ask for something, you need to use some special tricks. You understand that you are treated like an object.

At my school, starting from the eighth grade, boys and girls did not communicate at all, there was only some strange, deliberate flirting. Any conversation was perceived as an invitation to a relationship.

I look at the class my daughter is in and see that things are different between them. The boy can take the girl home and talk to her, simply because he is interested in communicating with her. A person of the opposite sex is no longer automatically considered a sex object.

But the feeling of insecurity still remains. I saw women on Facebook discussing what they do when they go home late at night: some of them call a taxi, some ask to be met, and others clutch the keys in their fist for self-defense.

And yet, if we are talking about relationships at work or in a circle of acquaintances, the situation changes.

The more steps are made towards gender equality, the more inappropriate harassment and abuse of power become.

I don’t think any flirting with a colleague or even a subordinate is always harassment. A person can truly fall in love. But when there is no normal way to discuss this, the situation becomes ambiguous. It is not always clear whether your boss is blackmailing you or showing genuine interest, whether you can refuse him or you will be fired.

Now a new language is emerging. Now you can say the words: “I like you and it will not affect our working relationship”. That is of course, if we are talking about mutual sympathy, not abuse.

As for violence, it seems to me that many people are lying when they say: “It was considered normal 20 years ago.” For example, doing something with a drunk person without her consent was not considered normal. Slapping someone’s ass either. In some collectives, this behavior was approved, it was not accepted to talk about it. But in general, everyone had the feeling that this was not the norm.

Ethics have not changed so much, we just started to speak out loud more often about what we had been silent about for a long time.

Many people don’t understand why someone talks about situations that happened in the past. These people wonder, “Why were they silent before, because this was not the norm back then either?” But the situation in which you feel like a victim is humiliating and unpleasant. It is difficult and scary to talk about it. Especially when no one else is talking about it. It takes time to get over this situation, to move on. Only then can you talk about it freely and calmly.

But if a person talks about a situation that happened 10 years ago, only now, this does not mean that 10 years ago it was acceptable. Everyone understood that violence was not the norm. It’s very good that they are talking about it now.

If the world is safer for girls, it will be safer for everyone.