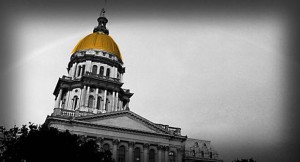 The measure, an unamended version of which passed the Illinois House in 2007, appeared stuck in committee weeks ago even though a majority of senators were co-sponsors.

Turkey, a predominantly Muslim nation that is the historical home of Orthodox Christianity, has returned land around the shuttered school and made it easier for church leaders to become Turkish citizens in recent years.