In Kiev, Protests Bring Orthodox Priests To Pray On The Frontline Despite Government Warnings

Two months into an uprising that has claimed at least two lives and brought thousands to the streets, Ukraine’s political crisis still seems far from any resolution. President Yanukovych has refused to declare a state of emergency, though by all accounts the protests are escalating.

Amidst burned buses, tear gas and barricades, however, there is another sight that stands out on the frontline: The strong numbers of Orthodox priests who have turned out, not to protest, but rather to pray.

Earlier this month, Ukraine’s government threatened to ban prayer services at the protests, but even that didn’t keep the priests from showing up with their robes and crosses and holy books.

As one priest said about the proposed ban, “It is illegal. It is immoral. Nobody can forbid people to pray.”

Here are some amazing photos of these brave priests on the frontline: 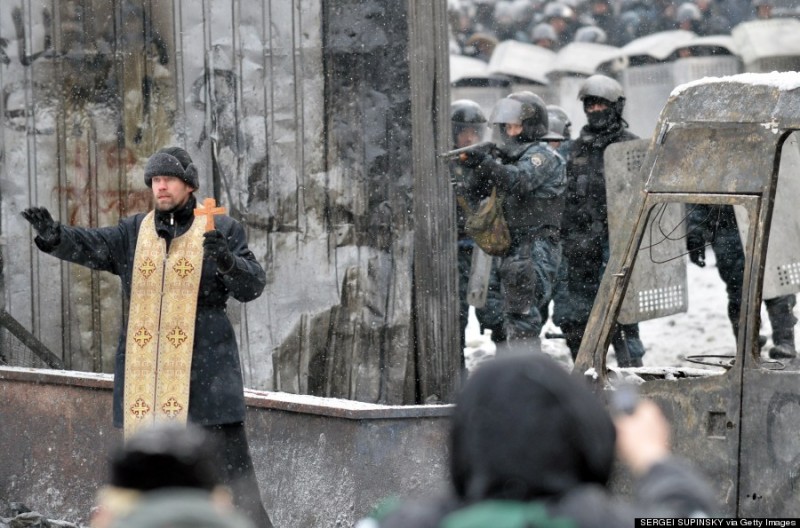 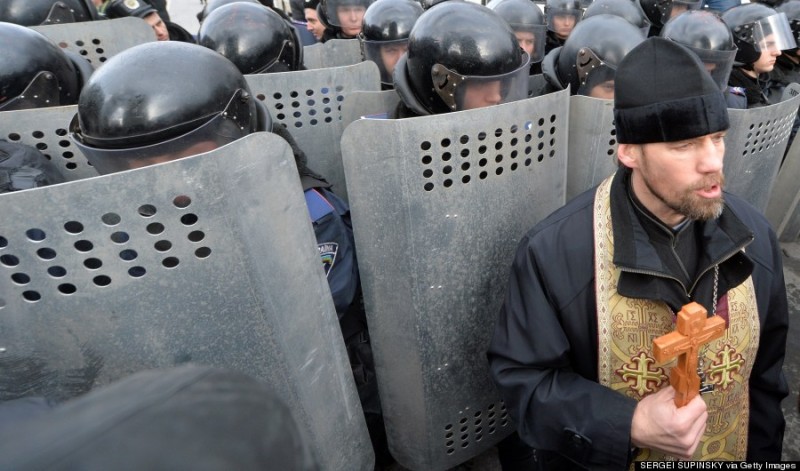 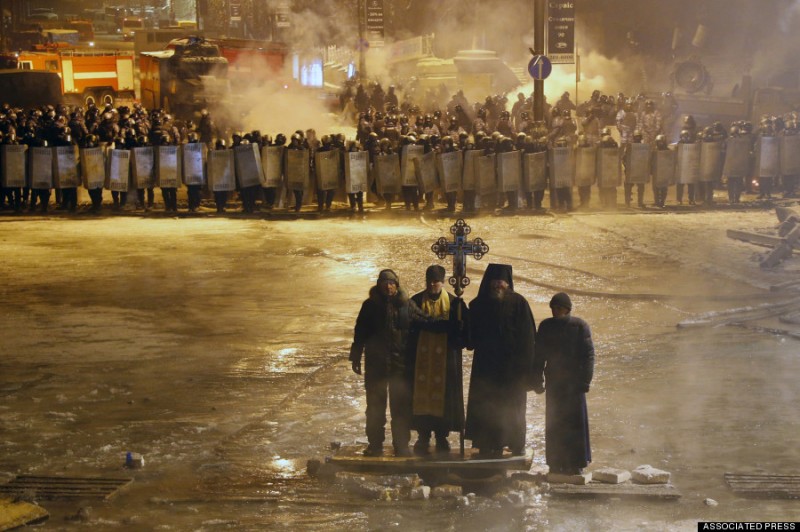 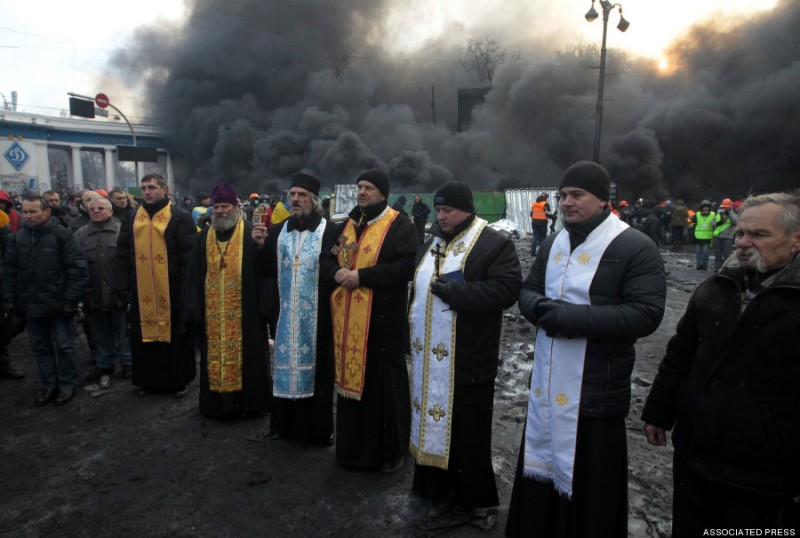 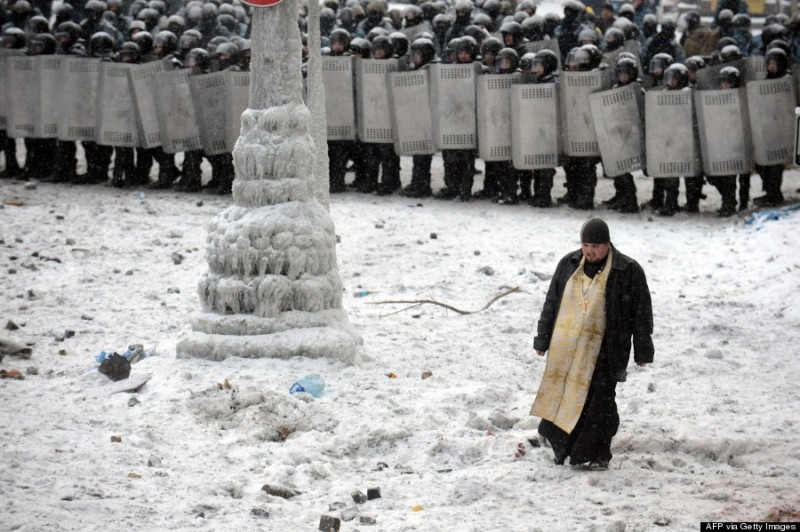 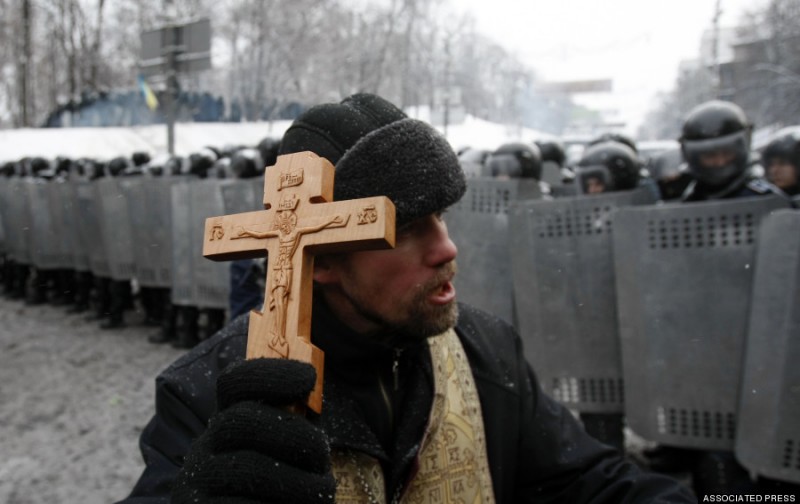 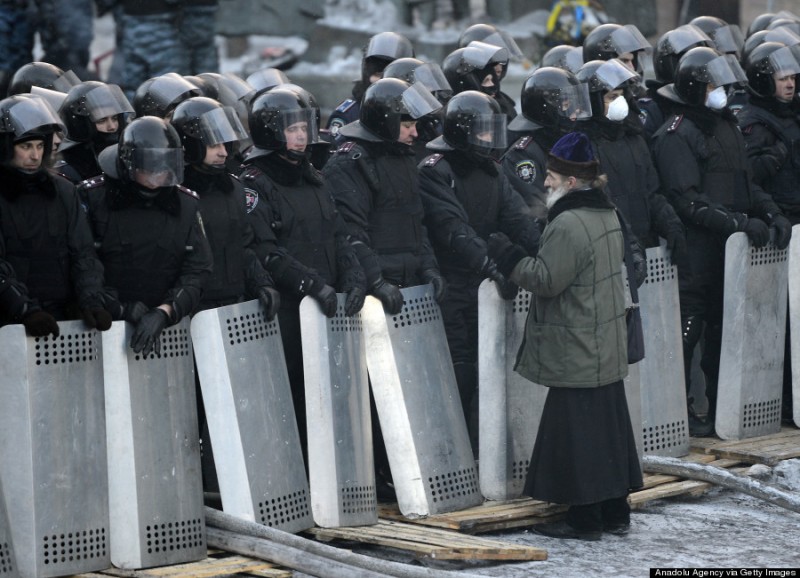