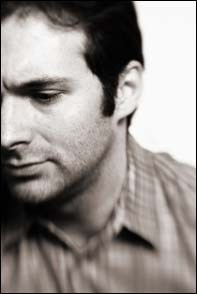 “When Jesus came to Golgotha, they

hanged Him on a tree,

They drove great nails through hands

and feet, and made a Calvary;

They crowned Him with a crown of

thorns, red were His wounds and deep,

For those were crude and cruel days,

and human flesh was cheap.

When Jesus came to Birmingham they

simply passed Him by,

They never hurt a hair of Him, they only

For men had grown more tender, and

they would not give Him pain,

They only just passed down the street,

and left Him in the rain.

Still Jesus cried, “Forgive them, for they

know not what they do,”

And still it rained the wintry rain that

drenched Him through and through;

The crowds went home, and left

the streets without a soul to see,

And Jesus crouched against a wall and

From: “The Unutterable Beauty”,

the collected poetry of the Revd G.A. Studdert Kennedy,

Anglican priest and army chaplain during the 1914-8 war,

known as “Woodbine Willie” because he always had a cigarette to offer.

Geoffrey Studdert Kennedy wrote that poem in the 1920s during the “great disillusion” which followed the carnage of the First World War, in the midst of the economic downturn, poverty and unemployment which came after it. The old complacent certainties of Victorian  England, the sense of the inevitability of progress, Queen, Empire, God in his Heaven and all’s right with the world, had gone. True, Victorian times weren’t as “religious” as they’re often made out to be; a lot of ordinary working people in Britain had lost touch with the Christian faith even by 1850. But the middle classes still filled the pews before the First World War, and the churches were still confident.

The war and its aftermath saw the end of all that. A hard-edged, brittle, cynical, “eat, drink and be merry” (at least, for those who could afford it!) culture, the era of the Charleston and the “flapper”, came to be; and it was really then that our modern, sceptical, materialist way of seeing the world became general. Along with it, the secularism that we know now first took real shape, the old-established churches never really got their confidence back, and the indifference – not actual hostility, but just disconnected indifference to Christianity – which Studdert Kennedy so movingly portrays in this poem became rooted. How much more, seventy years on!

Nevertheless, though it may be rooted, it’s not universal. Brits may not talk about religion, but that’s not to say that they don’t sometimes have religious thoughts. A good deal of the time, they’d be too embarrassed to acknowledge them, and nearly all of the time they wouldn’t easily find the words to express them. But that doesn’t mean they’re not there. When I was an Anglican parish priest, if I could, I’d always accept the invitation to “go back to the house” after a funeral. Because the whisky would come out – nice in itself, of course! – tongues would loosen, and ordinary working people, whose families had had no contact with any church for generations, would do what they normally never would: talk about the meaning of life and death, their thoughts, their fears and their questions – and to a priest! And, at the right moment, if they’d talk to a priest about things like that (quite hard for a lot of English people), they’d talk far and away more easily and readily to friends, neighbours, colleagues and workmates. But, faced with that situation, very, very many English churchgoers don’t know what to say. The confidence is gone – leached away by the secularisation of the world in which they live. They can natter away about the economy and the cost of living, their family lives, their interest; but not about God, and how his love and power touch and transform our lives.

But here I think we’re different. I remember coming into St Aidan’s early for Saturday Vespers a few months back, and hearing two of the congregation talking about God. That might not seem so unusual; what more natural than that two Christians, having arrived early at church for worship, should be talking about God. And yet it is unusual. I’ve been in a lot of different churches in my time, and I can’t actually remember hearing anyone doing that before. I’ve overheard all sorts of bits of before-church conversations: about the Sunday dinner, people’s ailments, aches and pains, about whether they liked the flowers, or thought they knew the hymns, what the weather was like – a whole range of stuff, in fact. But not God.

But it happened at St Aidan’s, and it’s not unusual here. And I think the thing that makes talk about God, so out of the ordinary in English churches, something that happens readily and easily at St Aidan’s is the sort of community this church is. Unlike most other churches in England, this congregation is a mixture of converts to Orthodoxy from other Christian traditions, and people with roots in countries where it’s often more of a challenge to be a Christian than it is here. So people here are much more likely to know what their faith is about, and why they’re Christians.

And that gives us, I think, a particular ministry and opportunity. You can talk about God; you do talk about him inside the church; so you can do it outside too!

You have to choose your moment, of course. Think Jehovah’s Witnesses; they come to you out of the blue on a Saturday morning wanting to talk to you about their vision of God, and you don’t want to listen. Pick the wrong moment, and the people you know will put you in the same bracket as them! But, with the help of God, you can work on becoming sensitive in picking up when a right moment has come. Bereavement, as I said, is an obvious one, but there are others too. Remember our Lord’s promise to the Twelve in Matthew 10: “… do not be anxious about how you are to speak, or what you are to say, for what you are to say will be given to you ..” You too are the Church, and the Church is the Body of Christ, the extension of the Incarnation of the Divine Word into the here and now, and you receive his Risen Life and power each time you receive the Holy Mysteries: and so:

Christ has no body now on earth but yours,

no hands but yours, no feet but yours;

Yours are the eyes through which

Christ’s compassion must look out on the world,

Yours are the feet with which he is to go about doing good;

Yours are the hands with which he is to bless men now.

Pray that you know the right moments

when they come, and for the grace to use them …