Is There a “God Particle”?

Scientists at CERN in Switzerland have announced the discovery of a new subatomic particle. This might be the “Higgs boson” or “God particle” that, according to the Standard Model of physics, gives mass to the universe.

What kind of discovery is this? How can we evaluate this news from a theological perspective? How does it affect existing theories of the origin and structure of the universe? 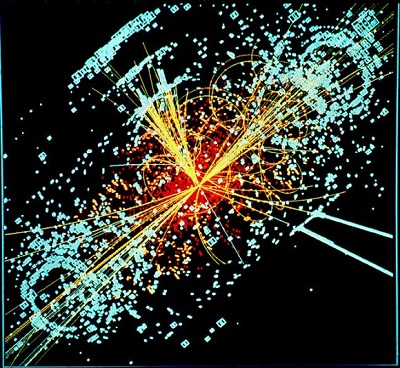 It is still too early to speak of the discovery of the Higgs boson itself. A particle candidate has been detected. But, first, that this is indeed a carrier particle of a “mass-creating” field and, second, that its properties correspond to what the theory had predicted, still require prolonged and painstaking demonstration. But even if this is indeed the Higgs boson, it does not change anything radically. On the contrary, it will confirm the long-established state of affairs, inasmuch as the Higgs boson is part of the so-called “Standard Model” of particle physics, so named for the simple reason that it has long been the normal, standard means of giving a theoretical description of the micro world.

Therefore, for now everything is fine; everything is status quo. Now, if the Higgs boson was not discovered (which, I repeat, remains a possibility), then that would be much more interesting, because that would give a green light to alternative theories from the “new physics.” In any case, one way or the other, this is of interest primarily to specialists.

As for theology: a good preacher can, of course, find a theological framework for any phenomenon or event – and he would be right to do so, for absolutely everything in our world testifies to the Creator. Therefore, of course, this discovery – especially in view of its significant public repercussions – can also be, and in fact already is, the object of some theological discussion and speculation. But, as a matter of fact, one could just as easily conjure up a theological discussion of changes in the weather this summer or of the outcome of the soccer championship.

I understand that so long as the term “God particle” is glued to the Higgs boson many people might become confused. Alas, this is an all-too-common means in modern science (or, rather, in pseudo-scientific PR) of creating a flashy label to draw attention. It has no more connection with theology than anything else.

So, by in large, this discovery does not tangibly change anything in either science of theology. But, as always, people will come up with plenty of reasons and grounds by which to assert the opposite.