“It Was Different at School!” Why Are Yesterday’s Excellent Students Expelled After the First Session?

Sometimes excellent students, having entered universities, are already on the verge of expulsion at the first session. And provincial children living in a dormitory sometimes study more successfully than those who have a ready-made dinner and a comfortable workplace waiting at home. The associate professor of the department “General and educational psychology” of the Vladimir State University, PhD in Psychology, Alexander Pisnenko explained to “Pravmir” what the difference between studying at school and at a university is and what traps await freshmen. 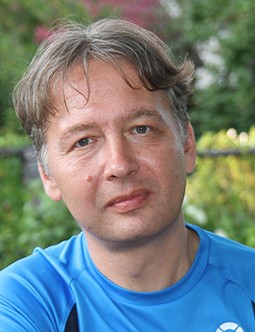 The adaptation of first-year students to a university is sometimes more difficult than the one of first-graders to school. Everyone is worried about a seven-year-old child, they watch and take care of him, and this is normal. A 17-year-old person finds himself in a more difficult situation. If parents worry and control him, it is bad. There is nothing good if he is abandoned to the mercy of fate either.

– We conducted research on the adaptation of freshmen and found that there are three groups which differ in many characteristics: those who entered and study in their own city, those who left their parental home, but did not go far away and can go home for the weekend, and the third group is people who came to study from Siberia, from the Far East. They do not have the opportunity to meet with their families face to face. These three groups have different problems, Alexander Pisnenko says.

No One Forces You to Learn

For those guys who went from school to university in their hometown, by and large, nothing changes. The usual social circle remains, everyday problems do not appear. At the same time, parents often save them from difficulties, continue to control.

“In general, nothing changes in their life, but the educational system becomes different”, Pisnenko explains. “While at school the teachers were obliged to teach the child, whether he wants it or not, and the whole system was built like this, at the university you should learn yourself. You are given information, and you have to master it yourself, no one is watching this.”

Nobody tells a student that tomorrow they will call his parents for a conversation. Rating control rarely happens.

You may not prepare for classes for a day, two, or for a week, and no one will notice. And then it turns out that you can be expelled from the university, unlike from school.

“Of course, now the system of budgetary financing is such that if you expel ten students, you should fire one teacher. Therefore, expulsion is an extreme measure. But not all teachers are afraid of this, if a student becomes extremely insolent, he will be expelled, no matter what”, the expert goes on.

It turns out that young people remain psychologically schoolchildren: “home” children, used to being controlled and not believing in serious troubles, because, after all, nobody is kicked out of school. And the reality is already of an adult.

You Need to Prepare Not for Tomorrow, But for the Session

Another point is long-term projects. At school, as a rule, they give lessons for tomorrow or the day after tomorrow. There is a session at the university, which is only twice a year. There are also essays you have months to prepare. And it turns out that right now you can do nothing: you have plenty of time before a session. And then there are sleepless nights before exams, nervous breakdowns. How to force yourself to study regularly?

“Is it necessary to force yourself?” Pisnenko says. “Maybe a person likes to learn everything at the last moment, and he succeeds, well, it’s his choice. Yes, someone needs time management, someone likes structure everything. And for another one it is convenient to pull himself together before the session, to learn everything in an emergency mode, and he has enough abilities to pass the exams successfully. This is individual, you do not need to force everyone to do the same. But if you are on the verge of expulsion at every session, then something needs to be changed.

You Should Become Independent

Students living in a dormitory find it easier to adapt to the situation.

“We investigated what factors contribute to successful first-year studies: abilities, school level, personality traits. And it turned out that the most important factors are independence and perseverance. And other scientists in different universities confirm this”, the psychologist says.

It is independence that becomes the most demanded quality in the university. And life in a dormitory, with the need to somehow equip your own life, to take care of yourself turns out to not interfere at all, but help to study better.

“It would seem that the students in the dormitory spend their time cleaning, cooking, with no one to help them. But they turn out to be more successful in their studies. If you are independent in some area, then it is easier for you to organize your own educational activities”, Pisnenko says. “According to our research, this transfer of independence from ordinary everyday life to study exists. Differences in academic performance are statistically significant.”

So the fears of parents that a child who will cook and wash for himself will not have time to study are untenable, psychologists say.

“We had two famous people in our dormitory in the first year,” Sergey, a student of MIPT, says. “One became famous when he decided to boil eggs in the kitchen: he broke two eggs in an empty pan and put them on the stove. When he entered, he did not know how to wash his socks or make tea. But in half a year he somehow adapted, passed the exams, and by the second semester everyone had already forgotten these stories. And there was “Petya with the phone”: his mother called him constantly, he reported of every step. I don’t know after which exam he was expelled, but I didn’t see him in the second semester.”

What If Parents Are in Control?

Are there ways to mitigate the risks for the freshman of each option? No one will deliberately send his child away from home if the desired university is nearby.

– A lot depends on the parents. If they do not let an adult child leave, this is bad.

The habit that you constantly have a controller who always covers you does not bring good results.

As a teacher, I find it funny when mothers of students come to the university and begin to find out why a child, who is already over 20, received a C in a session. The student age is short, there is adult life awaiting after four years. So, are they going to look for a bride for him, find a job for him?

A student who stays at home with his parents is not doomed to childishness and lack of independence. But his parents should let him go in adulthood.

“A normal parent says: you entered an institution, then be all by yourself. It is not necessary to abruptly remove guardianship, but you need to talk more with the child. You can ask what problems arise, does he need help”, the psychologist says.

And he advises to limit yourself, to stop when you want to control the child. Whether he does not study, he will not pass the exam, this is his choice, his problems. The child has grown, leave him alone.

You Can Be Disappointed in Everything

Another problem the freshman faces is disappointment. A 17-year-old man makes his first major choice in his life. But one thing is a theoretical idea of ​​the future profession, and another is reality.

“For example, I went to study to be a psychologist, and it turned out that here they do not teach to “read the minds” of other people, but offer to study mathematical statistics, philosophy, history,” the psychologist explains.

The discrepancy between the “image of profession” and reality can be so frustrating that the student decides to drop out. Here the task of parents and teachers is to explain that everything interesting, for which he entered the university, will be, but a little later. He should first master the base. But it is important not to overdo it. If he really is not interested in it, then maybe it is better to stop, leave, and enter another university?

“One of the main problems is that the choice is made by a boy or a girl, and real understanding comes to an adult,” Pisnenko says. “It is better to choose a profession consciously, even a little later. You can always get a second education. You also need to talk about this: if you can’t find your calling now, then learn the basic things. It will be ok if you change your mind. And it also happens that a man chose a profession by chance, came to work, and succeeded, and he liked it. That was the case with my teaching job, for example.”

In general, all psychologists advise not to pull freshmen, not to educate, but simply to love. They are still your children, they just grew up.