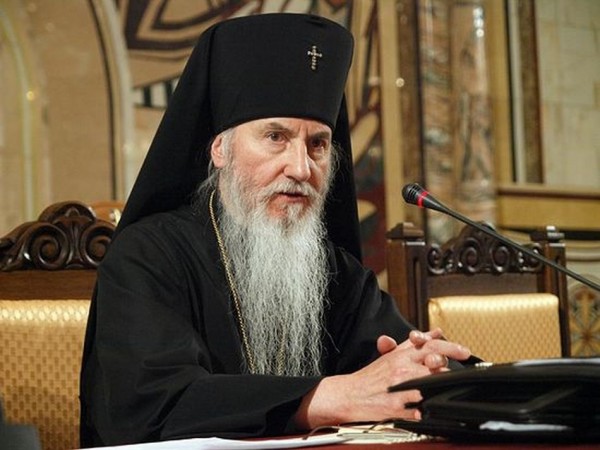 The Son of God and the Word are Incarnated! Flesh is Transformed!

Mankind has frequently strived to renew the world, rebuild society, to change humankind. All these efforts have not only proven fruitless, but because of his sin, man and mankind have sunk further and deeper into the darkness of his fallen state. Yet God tirelessly offered mankind His firm hand, rescuing him, and once again showing the path of faith and devotion.

Finally, God Himself was born on earth. He was born in human form. As a God-Man. An unheard-of miracle: the perfect God became at the same time a perfect human. Performing this Miracle He did not shun the poor manger among the livestock, nor the shepherds who were first to bow before Him. In the Person of Christ the Man-God, finally, there is something new under the sun. The first and only Perfect Man, a Man without sin, without wickedness, without deceit, but most of all: without the consequences of these failings: He is a man without death.

The Omnipotent God, becoming man, brought to the earth all of His Divine perfection. He revealed to mankind His limitless expanses. The immense God, ensconced in the womb of a Virgin, opens up the wealth of His Divinity to humankind. He thereby revealed that man is only man when he is entirely united with God. This means that when his entire being lives with God, he senses God, ponders God, acts with God. When man emerges from the deathly, perishable existence, he becomes eternal, filled with Divine powers, grace, virtue and immortality.

The angels of God brought the uneducated shepherds to Bethlehem, and they fell on their needs in the manger, representing all of mankind. Angels likewise led the Wise Men from the east, and they brought gifts to the new King on behalf of all mankind. Angels appeared in the brilliance of glory to sing and open to all mankind the heavenly powers who worshipped the One All-Highest Who came down to earth. He came Himself, to sacrifice Himself, the immortal, to our own mortality, and, having conquered it, He acquired all of mankind. Angels appear, shepherds and Wise Men come, because the small, insignificant town of Bethlehem is now the focal point of worship, from heaven to earth, and all of creation rushes to its Creator. Those who sought God were brought here. They sought an eternal God but found a newborn Infant in swaddling clothes. God and man are united in Him. In the persons of the shepherds and Wise Men are represented the Jews and the Heathens, united are all the nations devoted to Christ who received the Apostolic lessons and preserving them.

But the Herods of the time always rose up against this Good News. In our time, too, “Herods” seek to destroy this supernatural unity of the faithful with Christ, and living in Christ.

In these joyous and bright days, when we celebrate the Incarnation of God on earth, we must especially pray for the reestablishment of peace on earth. This peace was announced to us mortals by the Angels. The Angels call upon us to unite and seek with all our lives the light of Truth, the Sun of Truth, Christ, who assumed our humanity, body and soul, in order to make us like gods! The Apostle declares: “Ye are all the children of light, and the children of the day” (1 Thessalonians 5:5).

Let us repent of our sins, let us turn away from darkness. Let us recognize that any minor sin darkens us, separates us, pushes us away from God and neighbor. Let us seek within our hearts, like in the humblest of mangers, the corner where God is already born and rests, not shunning us, but desiring to incarnate Himself in all of us, illuminate us, bring us His profound peace, His love, His Truth and His Eternity!

Christ is Born, Glorify Him!

Deacon Andrei: Your Eminence, to what historic period would you compare what the Russian Church is going though now?…