Kemerovo Remembers Those Who Died in the Shopping Mall Fire. Photo report from the Park of Angels

Source: Pravmir (Russian)
Families of the victims and residents of the city brought flowers to the memorial.
Alexander Patrin | 25 March 2021

On March 25, Kemerovo remembers the tragedy in a shopping mall, called Zimnyaya Vishnya (Winter Cherry). On the third anniversary, people brought flowers and toys to the Park of Angels, built on the site of a burnt-out shopping center. In the morning the families of the victims gathered there to lay flowers at the memorial. Metropolitan Aristarchus of Kemerovo and Prokopyevsky performed a memorial service. “Pravmir.ru” published a photo report by Alexander Patrin. 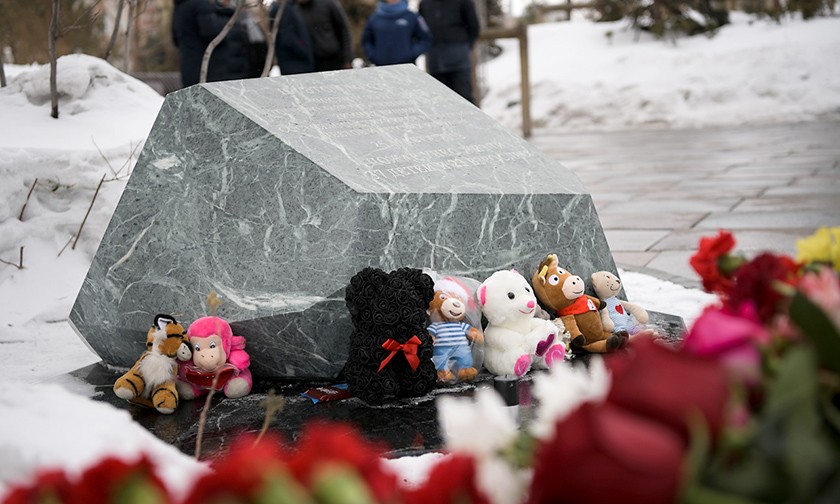 The memorial stone was installed at the center of Kemerovo on the site of a national memorial that appeared next to the building of the Zimnyaya Vishnya shopping and entertainment center in the first days after the fire. 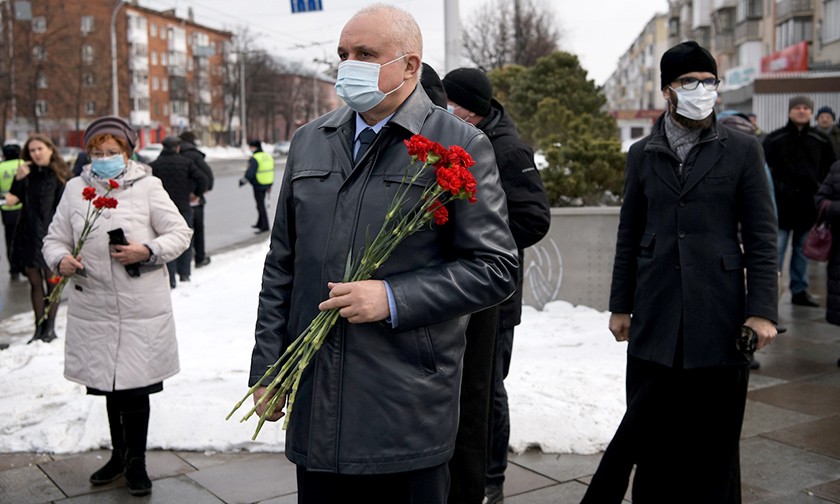 Residents of Kemerovo laid flowers in the Park of Angels, among them was the governor Sergei Tsivilev. 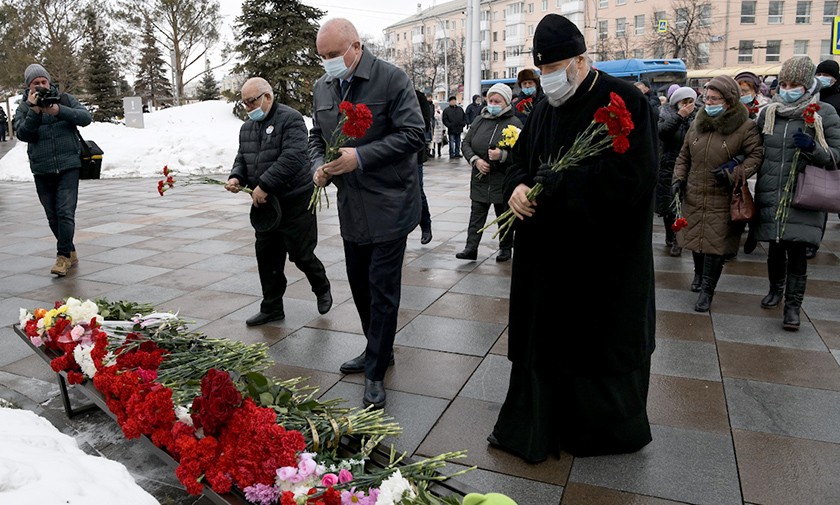 The head of the region laid flowers at the memorial together with the families of the victims. 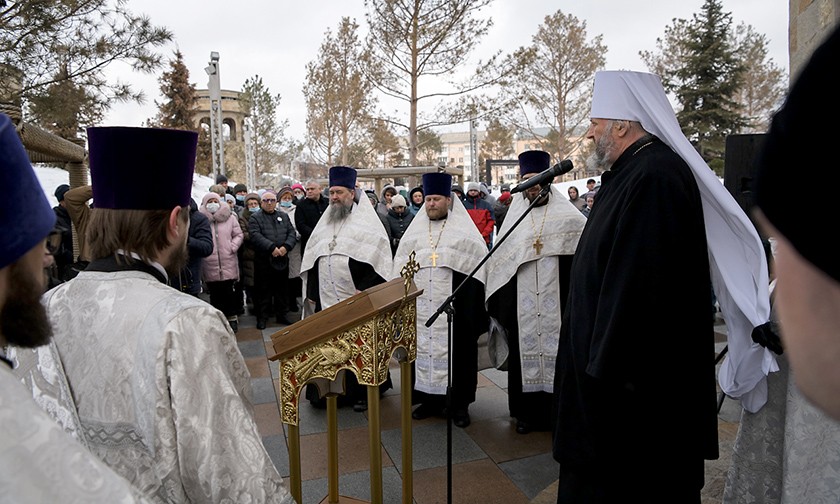 Metropolitan Aristarchus of Kemerovo and Prokopyevsky, the clergy of the Kemerovo diocese, together with the relatives and friends of the victims, prayed for the victims in a memorial service. 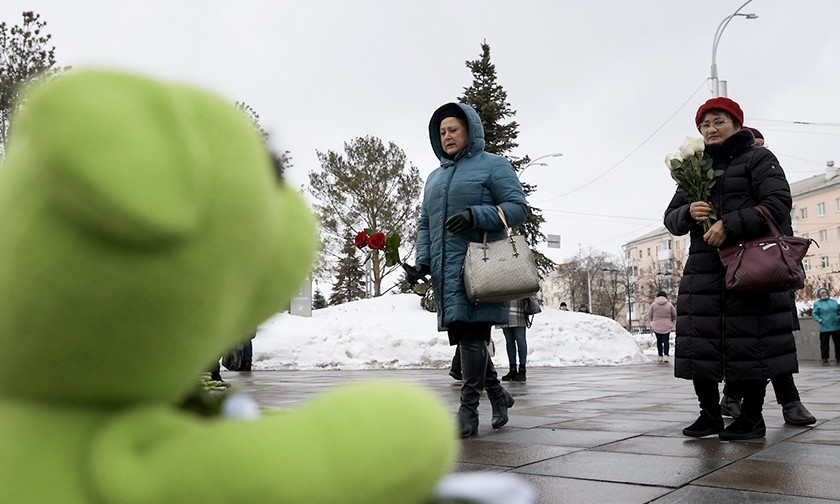 60 people died in the Zimnyaya Vishnya shopping mall fire, 37 of whom were children. 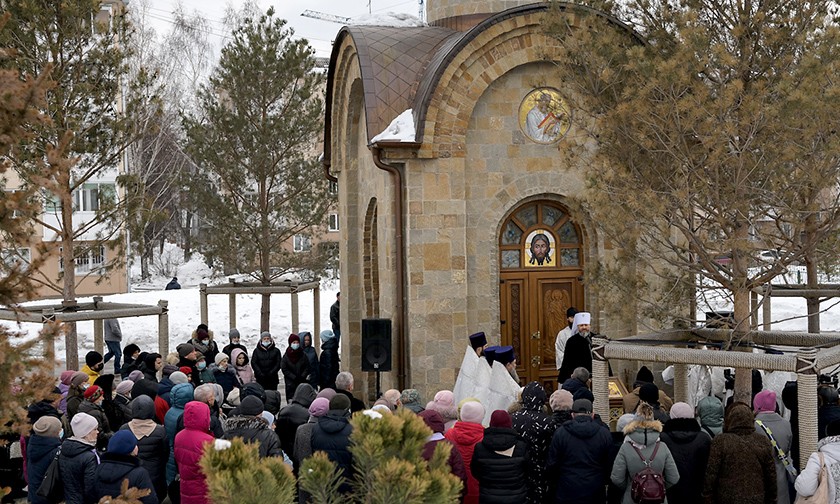 Hundreds of people came to honor the memory of those who died in the fire. Today people bring flowers and toys to the Park of Angels all day long. 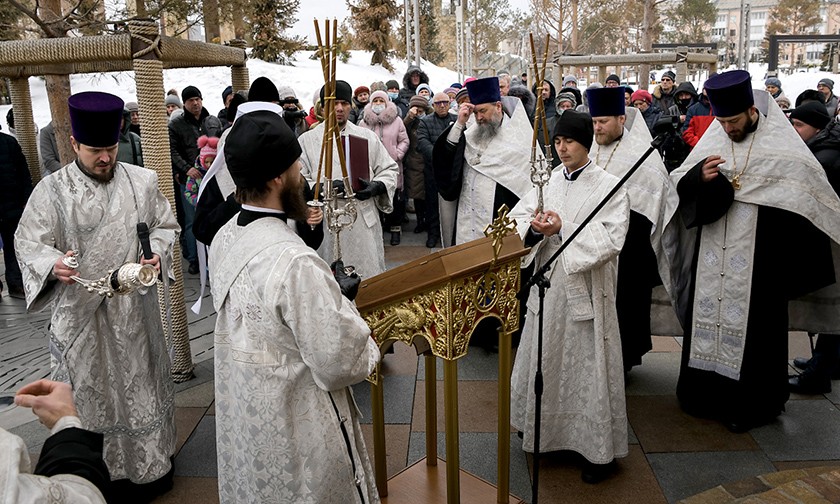 The memorial service took place near the chapel dedicated to the “Consolation in Afflictions and Sorrows” Icon of the Mother of God. 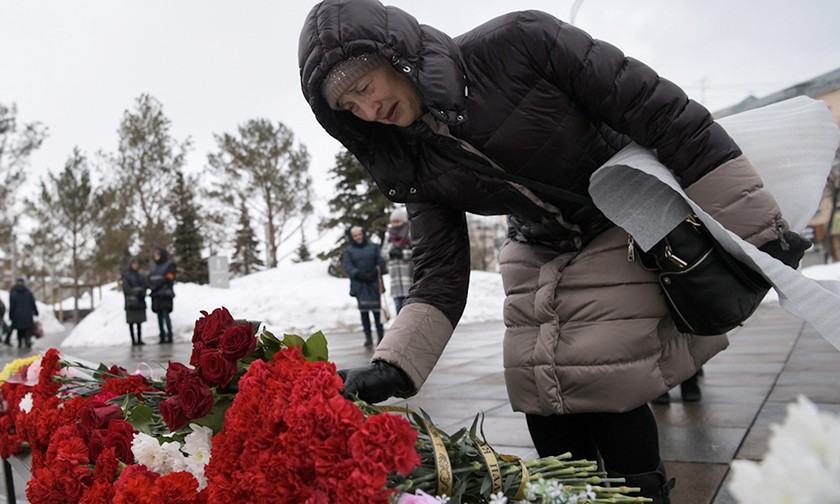 “Pravmir.ru” spoke with four parents of the deceased children about life after the fire. 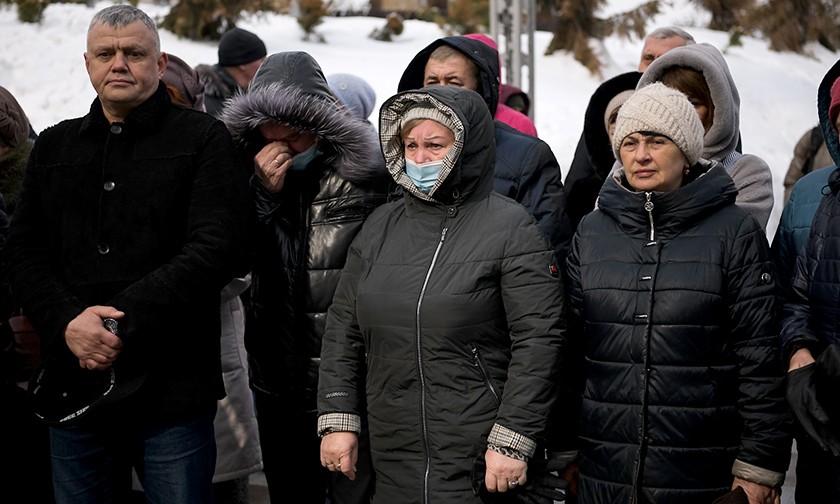 It still hurts to remember the fire that took the lives of their loved ones. But these days they again testify in court – one of the four cases of “Zimnyaya Vishnya” is getting closer to completion. 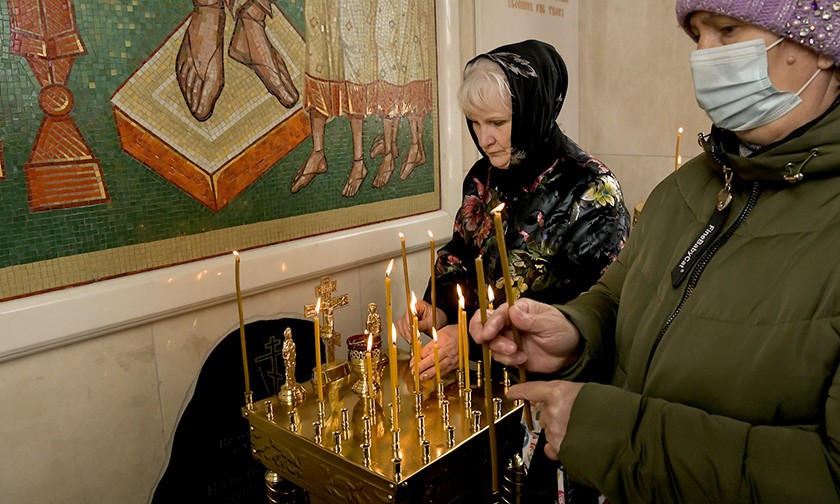 People light candles at the chapel in memory of the victims. 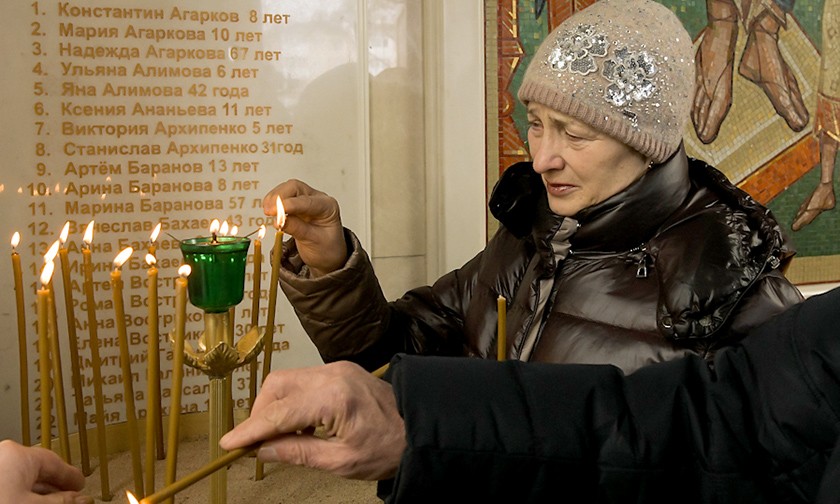 On the wall is a list of people who could not return from Zimnyaya Vishnya on March 25, 2018.