Kevin Loibl shot & killed Christina Grimmie because she was a Christian

Source: Santa Monica Observer
Crime may be investigated as a hate crime. The Voice singer was outspoken in her Christian faith
Stan Greene | 13 June 2016
It is difficult to find motive in the insane ravings of a madman like Kevin James Loibl. But it has become increasingly apparent to police from an examination of Loibl's cell phone and computer records, that singer Christina Grimmie was murdered because of her outspoken Christian faith. 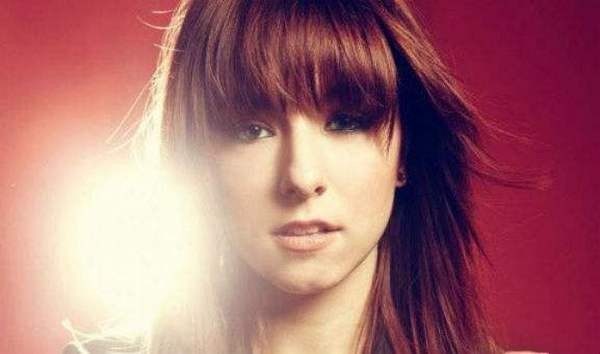 Loibl, 27, traveled from St. Petersburg to Orlando, a distance of some 107 miles, with the specific intent to kill the contestant from NBC’s ‘The Voice,’ said police, adding that Grimmie and Loibl did not know each other.

Orlando police did say that Loibl carried 2 loaded guns and a hunting knife into the Plaza Live theater, and intended to follow the singer’s murder by perpetrating a mass casualty event. The singers brother Marcus prevented others from dying by wrestling the shooter down, who then shot himself dead.

Orlando police are investigating the murder as a hate crime, after an examination of recent posts and e-mails by Loibl. Loibl had neither a gun permit nor a criminal record. His insane rantings were removed from the internet shortly after his crime.

Grimmie, 22, died Saturday at an Orlando hospital after Loibl shot her at the Plaza Live Theater while she was signing autographs. The shooting occurred in front of fans and family. She had been the opening act for the band Before You Exit.

An excerpt: In the western world, especially American civilization, when asking for a person’s religious standing, the most common response you will encounter is simply “I’m a Christian.” Most people subtly just think to themselves “Oh, okay good. I was worried for second.” But as I have traveled to Israel recently, fervently prayed and studied Scripture, and examined the culture around me, I have found that when someone says “I’m a Christian,” I should be more worried for their soul than if they said “I’m an atheist.”

Before you stone me to death with your subconscious judgment, let me explain. If you will, come explore with me what it should look like when a person claims Christianity. Come with me, and let’s take a look at the most overused word in the English language. What is this “Christian” stuff all about anyway? “

T.J. Wilkins, another Voice competitor, wrote: “What I’ll remember most about you is our conversation about faith and the love of Christ.” That faith was often reflected in Grimmie’s tweets. This one from 2013, which her fans (she called them “Frands–Friends and Fans) are circulating today:

Sometimes God allows terrible things to happen in your life and you don’t know why. But that doesn’t mean you should stop trusting Him.

This was apparently too much for the twisted gunman, who left insane rantings about her online, according to our sources. Like Mark David Chapman, who became obsessed with John Lennon, Loibl grew obsessed with the singer and her Christian beliefs.

Kevin James Loibl’s Facebook page has been taken down, as is standard procedure following heinous crimes such as this one. Authorities fear they might inspire copycat crimes.

Attorneys say that to prove a murder case by circumstantial evidence, prosecutors must present 3 elements: Motive, Opportunity and Intent. What Loibl left on his computer and in his cell phone shows motivation: His hatred of Christians in general and of one young female Christian singer in particular. Loibl had the opportunity because he was present at the Plaza, and his intent could be demonstrated again by his communications, and by buying two guns.

Of course, had Loibl lived, prosecutors would not have needed to put on a circumstantial evidence type case, because there were many witnesses. They would have testified. But the point is, the evidence of his communications would support a circumstantial case against Loibl that this was an anti-Christian hate crime, with motivation, opportunity and intent.

A great rabbi once said that causeless hatred is the source of most of the world’s unhappiness. It can be said for certain that Loibl had a diseased, twisted mind, and that the 22 year old singer’s death defines senseless killing and causeless hatred. Perhaps we can draw some little solace in knowing that she joins a long line of martyrs for her faith.