Letter to the Ecumenical Patriarch from His Beatitude Patriarch JOHN X 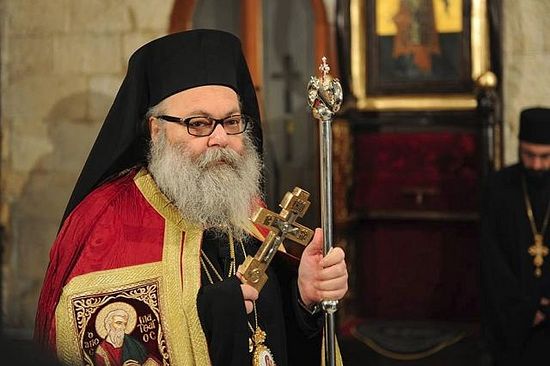 His Beatitude John X, Patriarch of Antioch and All the East of the Orthodox Church denounced the recent Turkish decision regarding the Church of Hagia Sofia in Constantinople. The Patriarch made his stand in a letter to the Ecumenical Patriarch Bartholomew, stating the following:

Your All Holiness and Brother,

“Thou hast shown the earthly beauty of the holy tabernacle of Thy glory to be like unto the splendor of the heavenly firmament, O Lord. Strengthen it forever and ever, and accept our prayers which we unceasingly offer therein unto Thee, through the Theotokos, O Thou Who art the Life and Resurrection of all.”

With these words, the hand of the hymnographer chose to describe the Church of Hagia Sofia, which was inaugurated in Constantinople in the middle of the sixth century. With these words also, the Holy Church of Constantinople and all the Christians of the East have consecrated this holy and priceless architectural and ecclesial jewel. They saw in its splendor a reflection of the heavenly abode, of the dwelling of the Holy God Most-High. These same words survive in the church liturgy, as to remind us that the earthly glory contains part of the heavenly glory, no matter how sublime the latter. Notwithstanding that the glory of the heavens is the glory of the humble self, the human eye is eager, still, for a glance at heaven’s majesty and symbols, here on earth. Saying this there comes to our minds the theological exegesis proper to the Church of Antioch, which stems from the concrete and tangible world to approach the intangible realms, emphasizing the equal importance of the body and the soul.

This depicts a live picture of the Church of Hagia Sofia in Constantinople, where earthly glory reflects part of the heavenly magnificence. We say this because we all know the history of this church and its status in the early twentieth century. We say this, having in mind the ups and downs of history that transformed it into a museum in the last century.

Your All Holiness and Brother,

It is with much regret that we received the news of the Turkish government’s decision to convert the Church of Hagia Sofia to a mosque.

We are dismayed by this decision. We strongly denounce and condemn any act that could counterfeit the historical identity of our homeland.

The recent decision aims at marginalizing the Christian presence in the East, not to say that it attempts to eradicate the remaining pioneering role and Christian presence in peaceful coexistence with the rest of the religious groups. History contains abundant evidence of tolerance and religious brotherhood in mutual respect. This decision comes to undermine all the efforts deployed by the countries of this East to build states of citizenship that respect religious diversity and promote the positive values of secularization. Yet, here is a decision that opens the wounds and thus, alas, reinforces extremism and eliminating the other.

We stand by you, dear Brother, joining our prayers for your Holy Church and this wounded East. We support every effort of yours to enhance your presence in your own land, the land of your ancestors, the Church of Constantinople, the new Rome to which we are all bonded by brotherhood and unity of faith in Jesus Christ as Lord and Savior.

Greeting your holiness with an embrace in Christ, we convey to you the solidarity of our faithful in the Church of Antioch and All the East, asking the Lord our Savior to grant you many years of ministry in this holy parish, providing them with the wellsprings of salvation.

Letter of His Beatitude Patriarch JOHN X for Great Lent, 2022

Homily of His Beatitude Patriarch John X On the Eve of the New Year, Mariamiyah Cathedral in Damascus,…