Father Arseny ran to Sazikov and begged him, "Help! Please help, Ivan Alexandrovich! They are cutting people up. There is blood everywhere. I ask you in the name of God to stop this! The criminals will listen to you!" Sazikov only laughed and said, "Sure, they will listen to me, but why don't you help with your God? Ivan the Brown has already killed two of your friends, and now he is going to kill Avsenkov. Your God seems not to notice this!"
| 27 June 2008 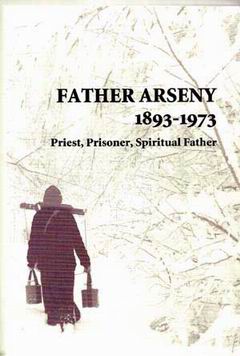 The weather outside was ferocious. Many prisoners froze to death and many new prisoners arrived to work in their stead. It was a difficult time for everybody, but the “political” prisoners had it worst of all. For two days in a row their rations were stolen by the prisoners who were criminals. That night, after roll call and the locking of the barracks, a large fight erupted between the two factions over these rations.

Avsenkov took the leadership of the “politicals.” The criminals were headed by “Ivan the Brown.” He was a hardened criminal, a good for nothing, and a murderer many times over. In camp he had also killed more than once; he liked card games in which the one who lost paid with his life.

The battle that evening was over the rations which the criminals had taken laughingly they said that they were used to taking what did not belong to them. The camp administrators, for reasons of personal safety, were always on the side of the criminals.

The fight started with fists, and then logs, then knives appeared in the hands of the criminals. Knives were, of course, forbidden. The guards searched for them but never seemed to find them. One of the prisoners, a soldier, was cut up; several “politicals” had their heads cracked. The criminals knew how to work together; most of the “politicals” could only shout and were afraid to help their own.
The criminals were cruel. They were winning over the “politicals”; blood was flowing.

Father Arseny ran to Sazikov and begged him, “Help! Please help, Ivan Alexandrovich! They are cutting people up. There is blood everywhere. I ask you in the name of God to stop this! The criminals will listen to you!” Sazikov only laughed and said, “Sure, they will listen to me, but why don’t you help with your God? Ivan the Brown has already killed two of your friends, and now he is going to kill Avsenkov. Your God seems not to notice this!”

Father Arseny looked all around him. He saw blood on people, he heard screams, swearing, and moans, and his soul was full of pain for their suffering.

He lifted his arms, went into the very midst of the heated fight and said in a clear and loud voice, “In the name of God, I order you! Stop this!” He blessed them with sign of the cross and said in a whisper, “Now, help the wounded,” and he headed for his bunk. There he stood, as if in a different world, as if surrounded by light. He stood there, having receded into himself, oravine. He did not hear the dead being carried to the door, nor did he see the wounded being helped. He stood, his attention focused on prayer.

All was quiet in the barracks now. You could only hear people getting into their bunks, and the moaning of a seriously wounded man. Sazikov came near Father Arseny and said, “Forgive me, Father Arseny. I doubted your God. I see now that He exists. It even scares me. A great power is given to one who believes in Him. Even I am frightened. Forgive me for making fun of you,”
In two days, Avsenkov came to Father Arseny after work and said, “Thank you. You saved my life! You believe in God unconditionally and, looking at you, I’m also beginning to understand that He exists.”

Life plodded along. Prisoners came, worked, then were buried in the frozen ground. Others came to replace them and the cycle started over.

There was no more stealing of rations. If some criminals forgot this new way of life and did steal, the others taught them a hard lesson. Father Arseny worked as usual, beyond his own strength, but he was never discouraged.

In the barracks in which Father Arseny lived, many people from different backgrounds were thrown together to die. This situation caused much friction between different groups and Father Arseny served as a buffer for the pain and suffering of all the factions involved. With a warm and kind word he knew how to comfort their souls. A person could be a believer, a Communist, a criminal, or any other kind of prisoner Father Arseny always found the right words for each individual. These words went deep into one’s soul and helped him live, gave him hope for the future and often helped him become a better person.

In some strange way Sazikov and Avsenkov became closer. What could a criminal and a Communist idealist have in common? They were somehow invisibly united by Father Arseny.

This story was recounted by Avsenkov, Sazikov and three other prisoners.

UVALDE, Texas (AP) — At least 14 students and one teacher have died in the wake of a…