TBILISI, GEORGIA–Speaker of Parliament Davit Usupashvili has managed to convince the government to amend a disputed passage in a draft bill about local government reform, as promised.

The government prepared a draft law to regulate the country’s territorial arrangement in a new way. It involves a number of changes, but the conflict was caused by a passage which involves creating a new body, called regional councils, in parallel with keeping the institute of governors.

Some people thought that the draft bill will allow for the creation of regional parliaments and they argued that this will bring with it the danger of encouraging separatism and thus pose a threat to the country’s territorial integrity. 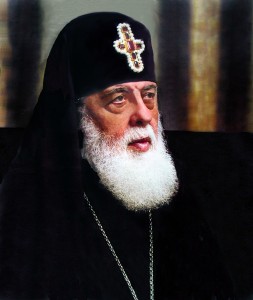 The most influential person in Georgia, the Patriarch, last week named this reason for criticizing the draft. He said if the draft is adopted it may lead to the disintegration of Georgia.

“We won’t accept this and will do everything not to let this happen,” he said.

After the Patriarch’s remarks, the governing party explained that this was only a draft and there was no problem changing it, but they also said the draft was prepared on the grounds of recommendations from the EU and that it was in line with European standards.

Non-governmental organizations meanwhile call on the government and the parliament not to stop the local government reform process.

Parliament was in the process of reviewing the draft bill, but postponed it due to the debate.

At the end of last week, Usupashvili confirmed that one passage of the draft will change: No regional unions will be created. Instead, there will be created regional administrations and regional consultative councils, which will implement authority delegated by the government.

“There are no threats of separatism in the version of the draft presented by the government,” Tengiz Shergelashvili, Deputy Infrastructure Minister, explained on Tuesday. “The government’s draft is well prepared in all directions, including security. So there never have been such dangers. This was a mechanism to prevent having single-person governance in regions.”

However, he said the government agrees to change the passage about regional councils.

Most viewed articles
Living in Apocalyptic Times216
Into the Heart of the Capitol172
Patriarch Kirill Speaks on the Role of the Deceased Metropolitan Philaret in the Revival of Church Life in Belarus72
Admitting That We Hate67
“Bus of Mercy” Helps Homeless in Magnitogorsk48
Homily on the Circumcision of Our Lord Jesus Christ34
Funeral for Metropolitan Philaret Held in Minsk26
Most popular authors
Hieromonk Gabriel216
Archpriest Stephen Freeman172
Pravmir.com team145
Archpriest Michael Gillis67
Protopresbyter George D. Konstantopoulos34
Maria Trushanina1