Looking For Advice in All the Wrong Places

I realized I was pregnant when the smells from chemistry class kept making me sick. A friend convinced me to go her doctor in town. He diagnosed pregnancy immediately, saying, "Such a shame, another young one." He told me not to worry, that "it" could be "taken care of." He never once said anything about keeping the baby, but gave me a card from the local abortuary.
admin | 09 May 2006

I was 18 and dating a man my parents strongly disapproved of. So they “made a deal” with me: they would send me to college if I would break up with him. I agreed, though I never really meant to keep my end of the bargain. 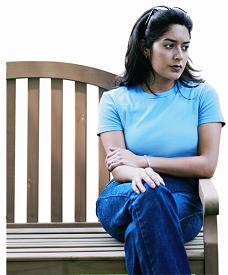 I realized I was pregnant when the smells from chemistry class kept making me sick. A friend convinced me to go her doctor in town. He diagnosed pregnancy immediately, saying, “Such a shame, another young one.” He told me not to worry, that “it” could be “taken care of.” He never once said anything about keeping the baby, but gave me a card from the local abortuary.

Although I had no strong religious convictions, the visit to the clinic for my initial “consultation” left me feeling bad. The nurse told me to come back in a week with the money to have it done.

I had heard some things about abortion, and I knew it was probably wrong. So that whole week, I talked with friends and teachers, looking for advice. One female teacher in particular advised me to have it done. She told me that she had had several abortions, that it was “nothing,” and that I didn’t need this trouble in my life right now.

No one, at any time, told me anything about adoption or keeping the child. In fact, one of my teachers was a nun – and I approached her, too, with my problem. I think now that I really wanted someone to say “No! Don’t do it!” But even the nun told me that abortion was the best route for me.

My boyfriend didn’t have the money, so my parents volunteered to pay for it. When I broke down in front of them, saying that I thought it was wrong to do this, they told me they would kick me out of the house if I didn’t have the abortion. My father said he wouldn’t have any “little brown babies in his house!” (My boyfriend was Italian-Puerto-Rican.) They told me that if I had the baby, I would be completely on my own. I felt like there was absolutely no way I could escape the inevitable.

When the time came, my boyfriend and some friends from school went with me. There were no protesters, no pro-life people. In fact, during the whole time of this crisis, I never heard a word about or from the pro-life side.

I was led to a room with a whole group of girls, just like me, waiting to have their babies killed. No one talked. No one looked at anyone else. They called our names, one by one.

I was very scared, mostly of the pain they said I might feel. With the counselor, I mostly cried. But she just agreed with everyone I had talked to. Yes, this is a bad time to have a child. Yes, you’re too young. Yes, having a child costs a lot of money. Yes, it would be so hard for you to raise a child on your own. Yes, this is the best thing to do.

Waiting to have my name called, I tried to convince myself of these things. I just wanted the whole thing to be over with. 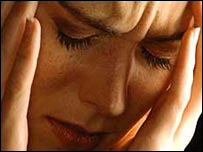 Finally they called me in and put me on a table. The dilation was extremely painful. A counselor held my hand and told me not to cry, it would be over soon.

The suction machine was very loud – a horrible noise. They had a picture on the ceiling for you to look at so you wouldn’t have to think about what was happening to you. The image of that picture is burned into my memory. They took my baby from me while I looked at people walking in the rain.

My boyfriend got drunk while I was in the clinic. He could hardly drive me home. He was late picking me up and I stood on the corner in front of the clinic, bleeding and embarrassed until he came.

When we got back to my dorm room, I was crying. I told everyone how awful it was, and how I wished I hadn’t done it after all. My boyfriend laughed at me – laughed at me! – and said, “Well, that’s what you get for screwing around!” One of the guys from school tried to throw him out, and they got into a fight. It was a horrible scene. I’m sure he got drunk to try and deal with it; he knew, deep down, that it was wrong. He was only trying to blame me for it so the responsibility for it wouldn’t weigh on his shoulders.

In the end, the abortion did not “solve all my problems” as everyone had promised. My parents still kicked me out. I had to quit school. I married the boyfriend. It didn’t work out. He became an alcoholic and a drug addict. He beat me up and brought other women into our bed.

One night during a drunken spree, he held a knife to my chest. I told him to kill me, that I wanted to die. I had nothing. No parents, no husband, really, no baby, and no self-respect. How could he respect me? I had killed our child. How could I look at myself in the mirror every day? I was a murderer. I truly wanted to die. Soon after this, we were separated and divorced.

My abortion was about ten years ago. To me, it’s like a bad, bad nightmare, deep in the past, best forgotten. I still haven’t told anyone in my present life (my husband, my church friends, anyone I respect) about the abortion. I can’t. I know that they would see me differently, and I couldn’t stand that.

I’ve had one child since then, and I’m pregnant again. These children are my joy — and my forgiveness form God. My little boy is so, so precious and wonderful. If I had only known how sweet and wonderful a baby is, I never would have done it – not in 2 million years.

I now picket the clinics in the area, and I write letters to the paper and give money to pro-life groups. This helps a little — I feel that I need to do at least this much.

It’s obvious that the abortion wrecked my life. Emotionally, I was a different person before and after it. It left a path of destruction in my life. My family, my first marriage, my image of myself – all a total wreck. Nothing will ever be the same.

I know now the lies I was told, the truths that were withheld from me, the facts that were glossed over or left out. As a pregnant woman, I go to my doctor’s office and see pictures of babies in tummies. Month by month, I hear my baby’s heartbeat. I’m told how to do everything that’s best for my baby’s health. Why is it legal across town to NOT tell these things?

I am just glad that I’m able to tell others. I’m glad that I can be outside that clinic when no one was there for me. I may not be able to confess my abortion, but I can fight abortion!

Originally published in The Post-Abortion Review 1(3),

Most viewed articles
Statement from the Chancery of the ROCOR Synod of Bishops on Recent Events at St. Alexander Church in Jerusalem219
The Worst Year Ever – Or Was It?162
Resentment, Guilt, Forgiveness: What Should Everyone Know About Them?149
Swimming Away From Fhe Dead Sea89
South Carolina Passes Pro-Life Bill That Takes Aim at Roe V. Wade82
Psalm Read at Times of Doubt, Hesitation, and Strong Temptations for Strengthening of Faith67
Orthodox Service “Mercy” to Open a Rehabilitation Center for Homeless56
Orthodox organization invites children to strengthen faith through a short film competition39
The Transfiguration of Our Lord and Savior Jesus Christ1
A Cruciform Providence1
Most popular authors
Pravmir.com team275
Archpriest Geoffrey Korz162
Konstantin Olkhovoy149
Fr. Gabriel Bilas89
Madison Ferguson82
Metropolitan Anthony (Pakanich)67
Ștefana Totorcea39
Archpriest Stephen Freeman1