Love as (Perhaps) a First Principle 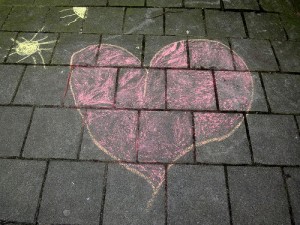 It happened years ago, but I remember it vividly. I was sitting in a class on the philosophy of religion, and the professor let fly a real zinger – one of those brilliant just-in-passing remarks. She noted that philosophers differ from one another not only in the content of their thought – that is, one of them says this while another says that – but also because one philosopher takes a certain area of thought as basic, whereas another philosopher sees another area as more basic. For example, one philosopher might regard epistemology (theory of knowledge) as primary and then use the results of the epistemological inquiry as axiomatic in philosophy of science, ethics, and politics. Another might start with a metaphysical system and base everything else on that. Yet another might start with ethics and see respect for persons as most fundamental. So even when two philosophers say “all the same things,” their viewpoint might be very different. Whatever field served as the foundation for everything else would be, for them, “first philosophy.” I filed this zinger away for later use, not really knowing what to do with it.

Prior to hearing that off-hand observation, I had taken it for granted that the expression “first philosophy” was equivalent to “metaphysics.” I had seen that usage, after all, in philosophers as diverse as Aristotle and Descartes. The issue, though, was not merely one of words and synonyms – no, the potential of much larger implications opened up before my eyes, though at that time I didn’t see what they might be or where they might apply. All I could say then was that one brief remark had helped to pry me free from any simplistic notion that there was a given and settled structure of knowledge which corresponded fairly straightforwardly to the structure of reality, and that nothing remained but to determine the details.

Clearly a big question remained open: What might be the most basic among all the things I knew from experience, revelation, reasoning, and all other sources?

And since this epiphany occurred while I was sitting in a course on the philosophy of religion, it led to further questions: Could there be various ways – each faithful to the apostolic tradition – to arrange the teachings of the Church? Could it be that further experience in the life of the Church, in prayer, meditation, and worship, would suggest that some parts of the revelation are more basic than others? Could it be that seemingly unrelated aspects of the Church teaching might come together for me in unexpected ways?

I don’t have a system of metaphysics or first philosophy to offer here. What does occur to me, though, is that this insight might offer a way to pull together things in Orthodox Christianity that have already struck me as important and basic. We know that love occupies an important place in our faith, and we find it expressed in various ways and various connections.

I’ll ask for your indulgence before we proceed. It might appear that I’m about to repeat something we all know already. After all, isn’t it well established that certain theologians and spiritual writers – whether eastern or western – placed great stress on the yearning of the soul for union with God? Didn’t they draw on the Platonic concept of eros as they took a mystical and sometimes esoteric understanding of the relationship between the soul and God or between the Church and God? Isn’t the place of love within our tradition already well documented? That’s true – but I’m talking about something a little bit different.

First of all, I’m thinking of love as agape, overflowing love which seeks to give without conditions; second, it may be that agape permeates Orthodox Christianity to such a degree that it is worth looking at the many ways it underlies seemingly unrelated aspects of our theology and spirituality.

Though the Fathers developed some of these matters at length, I’ll keep this discussion simple and confine myself to passages from the New Testament. Since the Fathers themselves focused on the New Testament and used it as a key to the Old Testament, the connections we will see there serve as a good preliminary overview to the possibility that love can be seen as something like a first principle throughout Orthodox Christianity.

We can start with the idea that God is love. (1 John 4: 16) Whatever else we mean by this, it includes the idea that the three persons of the Trinity love one another. The theme of love, then, runs through Triadology, or the theology of the Trinity.

In His earthly ministry, Jesus talks about how He loves the Father and the Father loves Him. We see this expressed in verses of scripture such as “I do as the Father has commanded Me, so that the world may know that I love the Father” (John 14: 31) and “For the Father loves the Son, and shows Him all that He Himself is doing; and greater works than these will He show Him, that you may marvel.” (John 5: 20) Not only do we notice the love of the three persons of the Trinity for one another and the love between the Father and the Son as expressed during the Son’s earthly ministry, then, but we also notice it expands into an important theme in Christology. We see further evidence of this in Jesus’ statements that He loves His disciples, and that the Father loves them, too, for example, where He says, “for the Father Himself loves you, because you have loved Me and have believed that I came from the Father.” (John 16: 27)

Does it look like we have some connections? What about the Incarnation and the Passion? Well, let’s consider John 3:16, “For God so loved the world that He gave His only Son, that whoever believes in Him should not perish but have eternal life.” This verse declares that the Father’s love for us is the reason for the Incarnation. As for the Passion, Christ says, “Greater love has no man than this, that a man lay down his life for his friends” (John 15: 13) – so love also explains voluntary submission to crucifixion.

One of the accounts of the Last Judgment gives us the sort of thing we always wanted when we were in school. That is, Jesus tells us what the questions will be which will appear on the final exam. In other words, He informs us that our salvation depends on the degree to which we practice unselfish love:

Then the King will say to those at His right hand, “Come, O blessed of My Father, inherit the kingdom prepared for you from the foundation of the world; for I was hungry and you gave Me food, I was thirsty and you gave Me drink, I was a stranger and you welcomed Me. I was naked and you clothed Me, I was sick and you visited Me, I was in prison and you came to Me.” Then the righteous will answer Him, “Lord, when did we see Thee hungry and feed Thee, or thirsty and give Thee drink? And when did we see Thee a stranger and welcome Thee, or naked and clothe Thee? And when did we see Thee sick or in prison and visit Thee?” And the King will answer them, “Truly, I say to you, as you did it to one of the least of these my brethren, you did it to Me.” (Matthew 25: 34-40)

Jesus posits love, then, as the foundation of Christian social ethics. Elsewhere He extends love’s requirements to a demand that we love others whether they love us or not:

You have heard that it was said, “You shall love your neighbor and hate your enemy.” But I say to you, Love your enemies and pray for those who persecute you, so that you may be sons of your Father who is in heaven; for He makes His sun rise on the evil and on the good, and sends rain on the just and on the unjust. For if you love those who love you, what reward have you? Do not even the tax collectors do the same? And if you salute only your brethren, what more are you doing than others? Do not even the Gentiles do the same? You, therefore, must be perfect, as your heavenly Father is perfect. (Matthew 5: 43-8)

By requiring that we grow toward the same perfection in love of others as He and the Father have for us, Jesus lays out a spiritual path for us. As we open ourselves to God’s love and at the same time love even those who do not love us, we become by grace what God is by nature. In other words, love represents the explanatory principle of theosis. Only this radically unconditional love can make possible the fulfillment of Jesus’ prayer in the garden before His arrest:

Here we see love as the basis for ecclesiology. In fact, Christ’s prayer urges us to grow in unity and love to become more and more fully the Body of Christ. The vision of unity in love contained in this prayer also suggests a mystical and spiritual understanding of eschatology. Do we dare to say that the Kingdom is a Kingdom of Love?

If we find love as a theme everywhere from the most sublime cosmic themes to our everyday dealings with one another, something must be going on. I don’t have a first philosophy to propose – certainly not in any detail – but I wonder if it would prove fruitful in the spiritual life to regard love as something like a first principle. Nor would I urge that we see it as the basis for “systematic theology” – which is foreign to the Orthodox approach to faith and life. Nor again would I propose that we view the connections offered here to the exclusion of others we might see. But you may find, as I have, that it is worth contemplating these implications for the ways they bring together otherwise seemingly unrelated aspects of Church teaching and (perhaps) enrich the life of prayer, meditation, and worship.

If God is love and if we are created in His image and after His likeness, could it be that the theme of love underlies more of our thought and experience as Orthodox Christians than we realize?

Monk Cosmas Shartz is a member of the brotherhood of the Monastery of St. John of Shanghai and San Francisco in Manton, California, where his duties include translation, editing, and writing book reviews for Divine Ascent Press. He also heads up the monastery’s efforts to correspond with prisoners.