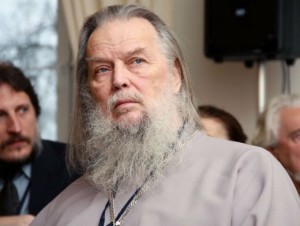 Pskov, August 7, Interfax – A Moscow resident suspected of killing Pskov priest Pavel Adelgeim will be sent for psychiatric evaluation in the short term.

There is no information of the suspect’s psychiatric health for now, the Russian Investigative Committee for the Pskov Region toldInterfax. Witnesses say the man’s behavior was strange, the agency said.

Experts have already sent requests to places where the suspect resided, studied and worked in order to gather all necessary information for the psychiatric evaluation.

Fr. Pavel, who turned 75 on August 1, became a priest during the Soviet era. In 1969 he was arrested for circulating self-published religious literature and in 1970 sentenced to three years in labor camps for “slander of the Soviet system.” He lost his right leg in 1971 due to unrest in a labor facility and was released with a disability in 1972. Adelgeim became a member of the Pskov Diocese in 1976.