Marking of 13th Anniversary Since Murder of 14 Serbs Near Lipljan 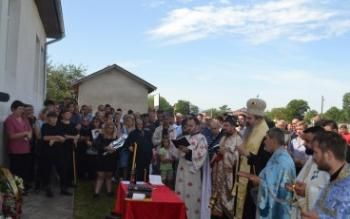 In the village of Staro Gacko, near Lipljan, the 13th anniversary has been marked since the murder of 14 Serbs who were harvesting their fields. The youngest harvester was 17 years old, and they were killed in an ambush. The families of the victims are still waiting for the perpetrators to be brought before justice. In October 2007 the UNMIK police arrested Albanian Mazlum Bitiqi on the suspicion of having taken part in that murder, However, two months later, Bitiqi was released due to the lack of evidence.