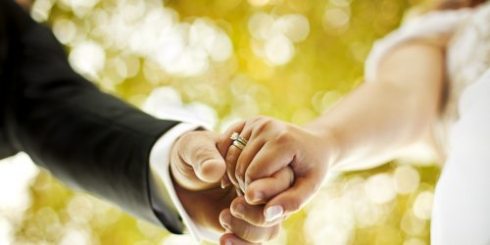 There are some in the Orthodox Tradition who have said that married couples should abstain from sexual relations during lenten periods. Some have gone so far as to say that this is the teaching of the Church. I am not an expert on such things, so I will not venture an opinion on whether or not it is the teaching of the Church or whether or not it is merely pious opinion. However, since someone has asked me about it, I will share some of my thoughts about it.

I have a question for you: What does Elder Thaddeus mean by “lest the devil deceive them” in the quote below.

Abstinence is for everyone, not just for monks. Husbands and wives for whom marriage means only the satisfaction of bodily passions will not be justified. They will answer before God for not having been abstinent. Of course, as the Apostle says, they are not to abstain from each other for a long time, lest the devil deceive them, but they should abstain according to mutual consent (cf. I Cor. 7:1-6). Married people should abstain from corporeal relations during fasts and on great Feast days.
+ Elder Thaddeus of Vitovnica

I don’t know what Elder Thaddeus means by “lest the devil deceive them”. It’s a quotation from 1 Cor. 7:5. Certainly in the text of 1 Corinthians it could refer to either (or both) their lack of self control in not abstaining, or in not coming together again. However, the force of the text would suggest the latter. Verses three and four stress that a married man and woman have a (sexual) duty to each other. It is also significant to note that in the sentence, “do not deprive one another except perhaps by agreement for a set time, to devote yourselves to prayer”, the phrase “except perhaps by agreement” is a conditional structure in Greek, which means that it is a possibility, not something that would always or necessarily happen.

A closer look at Elder Thaddeus’ words, brings several considerations to mind. First, as St. Isaac the Syrian says, it’s important to get advice from someone whose manner of life is similar to your own. Just as it would be somewhat strange for a hermit to ask a mother (no matter how holy she is) for advice about aspects of the monastic life she has never experienced, it is similarly strange for a married person to be asking monks for advice about an aspect of life they themselves have not experienced. That doesn’t mean that a holy person cannot give a holy opinion, but one has to keep in mind that it is an opinion about something he or she knows nothing about directly. Additionally, the sayings of the holy fathers are replete with warnings against giving advice about something you have no actual experience in.

Second, certainly there are times when a married couple may abstain for the sake of prayer, but as the scripture (and Elder Thaddeus) says, it must be by mutual agreement. Mutual agreement does not mean that one person makes the other feel guilty or dirty or sinful because he or she doesn’t want to abstain as much as the other—especially for prayer. Here, the weaker brother law applies. Just as monks would eat whatever is served them without asking questions so as not to offend their host, so a married person must serve his or her spouse. I am speaking here in regard to abstinence for prayer, not in terms of each person’s physical and psychological rhythms and their “natural” or regular patterns or “needs” which will change throughout their lifetime and according to a myriad of circumstances. These have to be worked out in love, self sacrifice and mutual care between the couple.

Which brings me to the third and perhaps most important issue. There are many different pathways to holiness. Further, there are many different life situations people find themselves in. How any abstinence or ascetical practice might be applied in any given situation can vary greatly. In some marriages, where the relationship is strong and the sexual life is regular and mutually satisfying (forgive me for being explicit, but the topic requires it), then periods of abstinence by mutual agreement are not harmful (if indeed they are for prayer, and not merely because it is lent. There is a huge difference here. To fast without praying is very close to hypocrisy). However, many couples struggle in their relationship so that just maintaining regularity and affection is itself an ascetical discipline. Consider the example of a person who struggles with anorexia or bulimia or some similar eating disorder. Every day for this person is an ascetical struggle with food. Just to eat a normal healthy diet with regular meals and regular portions is already a huge ascetical struggle. Similarly, each married couple has to find what works for them, what actually promotes prayer and peace in their relationship, what actually helps them draw near to God.

Personally, I am uncomfortable with blanket statements about when married couples should or should not abstain from sexual relations. There are so many factors involved—it’s not like simply choosing a salad instead of a hamburger. Perhaps for a monk, even a very holy monk, who has never been married, it is possible to imagine that abstaining from sex in marriage is not much different than abstaining from oil and wine at supper; however, those who are married know it’s not the same. Just look at the way Elder Thaddeus words it: “ Husbands and wives for whom marriage means only the satisfaction of bodily passions will not be justified.” I have known a few young couples who seem to have gotten married “only [for the] satisfaction of bodily passions,” but those marriages either fail quickly, or they learn quickly that there is much, much more to marriage than satisfaction of bodily passions. For a monk, perhaps, marriage may seem to be mostly about satisfying passions, but anyone who has experienced a healthy marriage knows that sex in marriage is about so much more than just bodily passions—just like eating food is about so much more than just satisfying gluttony. In fact, good, healthy sex in marriage requires a great deal of self control. Still, there may be times when abstinence from sexual relations may help us in pursuit of prayer, and if the couple agree on a period of abstinence (and the agreement is genuinely mutual and it doesn’t harm the relationship), then by all means they may abstain. However, they must come together again, “lest the devil deceive them.”