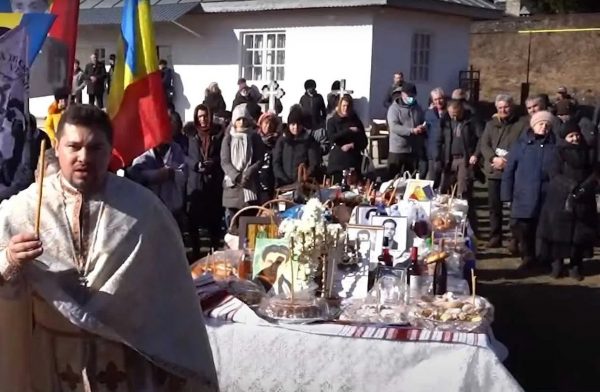 Valeriu Gafencu, one of the most beloved 20th-century Romanian martyrs, was prayerfully commemorated on Friday, February 18, on the 70th anniversary of his martyric repose in the Lord.

The Divine Liturgy and a memorial service were officiated at the Church of Sts. Constantine and Helen in the eastern town of Târgu Ocna, where Gafencu died in prison in 1952 at the tender age of 31, having been arrested by the communist authorities at the age of 20.

“What did these Christians become, through suffering, in communist prisons? They became saints, luminaries. Because if we judge the world by labels, then the sinful woman in today’s Gospel (Luke 7:36-50) would have had no chance,” preached Fr. Gheorge Holbea, professor at the Faculty of Orthodox Theology in Bucharest.

“Or the Saviour Jesus Christ, perhaps unexpectedly for some, has shown that this will remain as a testimony of repentance in this Gospel that the Savior Jesus Christ will write to the end of the ages, not on paper, but in the being of all.”

“May the good God help us to acquire this ethos that the saints had, those who turned hell into a Resurrection Paradise,” Fr. Holbea said.

The memorial service following the Liturgy was served for Valeriu Gafencu and other confessors of the Târgu Ocna Prison.