Source: Orthodox Life (Russian)
Every year the celebration of the New Year's Day becomes a problem for both those who celebrate the holiday and their neighbors.
Metropolitan Anthony (Pakanich) | 29 December 2021 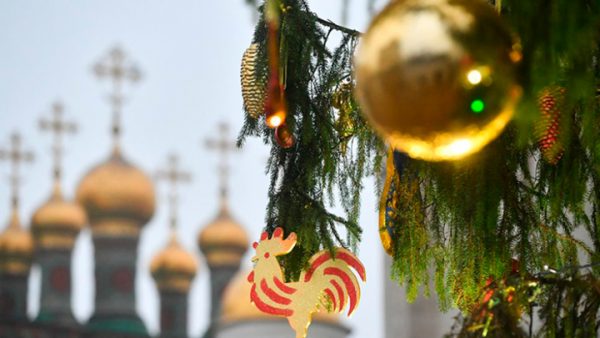 The constant roar of fireworks begins long before midnight on the New Year’s Day and does not stop for a long time after, creating inconvenience to a large number of people. And so much money and effort is spent on preparing for the celebration. In the last days and even hours before the holiday, people form lines for food and drinks in stores…

There is really nothing wrong with celebrating, and one shouldn’t be a prude here. Explaining to non-believers or people of little faith why it is not good to eat and drink during a fast is not a very rewarding activity. But believers also do not lag behind the rest. Many people spend large amounts of money on the celebration. And what for? Hardly anyone will be able to appreciate the taste of so many dishes. Especially on the second and the third day (after all, it is simply impossible to eat such an amount of food right away). Especially if you take into account the huge amount of alcohol some people drink. It is a rather strange irrational behavior, isn’t it? And nevertheless, many people celebrate the holiday this way.

Once upon a time, New Year’s holidays, even for secular people, were a time for family communication, and festive dishes were just something accompanying the holiday. Now, it looks like an incredible amount of food and drinks becomes almost an end in itself. As if by satiety with food, people are trying to fill the spiritual emptiness, to compensate for the lack of spiritual warmth. But it does not turn out very well. After all, everyone expects something special from the coming of the New Year. But in practice, many people meet the first day of the new year with an unpleasant feeling of a hangover and the realization that nothing has actually changed. All this is sad, of course.

But let’s try to remember what the essence of the holidays is. Especially for us Christians.

At its core, the New Year is just a transition from one time cycle to another. And not even one (after all, at the beginning of September we already celebrated the Church New Year). And for the Orthodox, this is just a reminder of the coming Nativity of Christ, for which one needs to prepare physically, mentally and spiritually.

Any holiday presupposes a sense of joy, and this is a key moment. After all, joy is actually inside us. We just need to find it and share it with our neighbors. And if, instead of spending huge amounts of money on gluttony and drunkenness, we share this joy with those who lack it, it will bring joy not only to us. And it’s not even a matter of material wealth.

On holidays, people feel loneliness especially acutely, therefore it is worth sharing the warmth with those who lack it: with forgotten elderly relatives, perhaps with lonely elderly neighbors – here everyone knows better whom to help. But help is imperative. And then the feeling of spiritual emptiness, along with a full stomach, will be replaced by genuine spiritual joy.

Metropolitan Anthony (Pakanich): Who Can We Trust? The Main Criterion

We were given an unshakable criterion by the Savior: the tree is known by its fruit.

Why Doesn’t God Give Me What I Want?

People often ask why God doesn't give them what they ask Him for in their prayers?

Metropolitan Anthony (Pakanich): Unworthy Behavior of the Clergy and Believers Is What Pushes People Away from the Church

Ahead of the Nativity Fast, it is a good time to talk about one's behavior in social network.

Most viewed articles
As the End Draws Near – Silence163
How Can We Evangelize Today?140
A Stone Thrown at God and Your Neighbor114
Metropolitan Onuphry: “The Key to the Doors of Paradise is Repentance”86
Hierarchs of Three Local Orthodox Churches Concelebrate in Argentina75
Trial of Politician Defending Traditional Marriage Begins in Finland69
Patriarch Daniel prays for Romania’s national unity, peaceful coexistence and dignified cooperation with other peoples40
Most popular authors
Pravmir.com team230
Archpriest Stephen Freeman163
Frederica Matthewes-Green140
Protopresbyter Themistoklis Mourtzanos114
Aurelian Iftimiu40