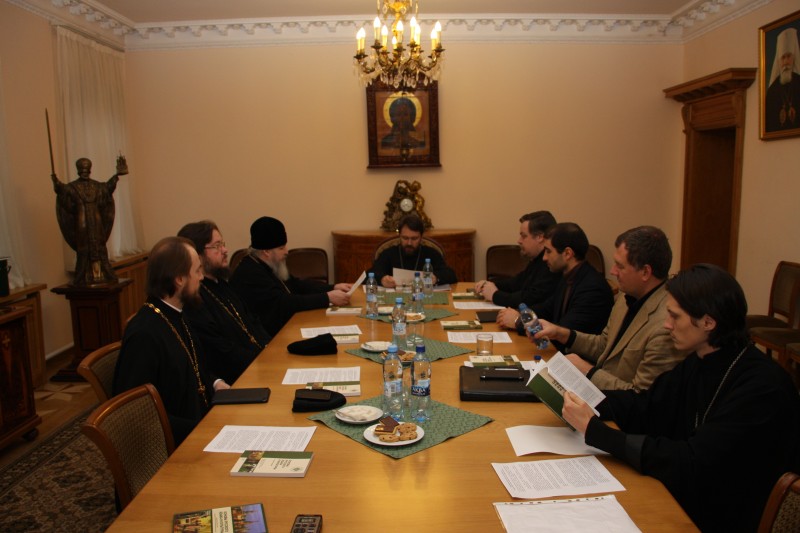 Members of the workshop studied a textbook for migrants, ‘The fundamentals of the Russian Language and Culture,’ written by experts from the Synodal department for Church-Society relations, the Russian Orthodox University and the Federal Migration Service of Russia in the framework of the ‘Education’ project. The participants in the meeting shaped a working plan and made recommendation to the authors of the study guide, which will be oriented at the requirements made to migrants by the authorities for the knowledge of the Russian language and intellectual culture. Also, the study guide will introduce migrants to the religious traditions of the peoples of Russia.