On May 7-8 in Giza, two Coptic churches were set on fire by radical Muslims. Twelve people were killed and about 200 were injured. In this connection, Metropolitan Hilarion of Volokolamsk, head of the Moscow Patriarchate’s department for external church relations, made the following statement: 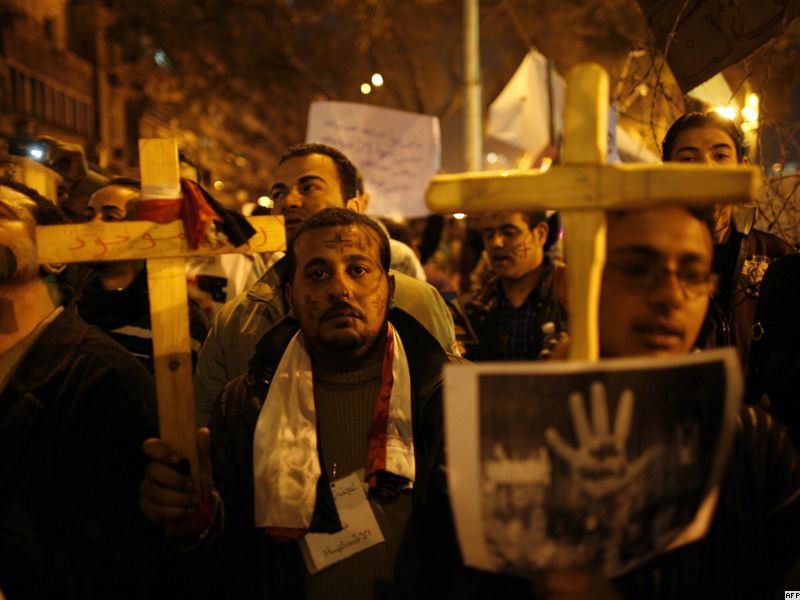 It is with deep sorrow that we in the Russian Orthodox Church took the report about the death of Egyptian Christians and setting fire to churches as a result of mass disorders on May 7 and 8, 2011, in Giza. We pray for the repose of the victims of this terrible tragedy and express condolences to their families and friends.

Until recently Egypt was considered one of the examples of peaceful coexistence between the Muslim majority and Christian minority. However, the recent events beginning from the terrorist act committed at a Coptic church in Alexandria on the New Year night to the present firing of churches in Giza arouse concern and pain among many millions of believers around the world.

The Russian Orthodox Church drew the attention of the world community earlier to the attempts to use interreligious difference to aggravate the recent civic confrontation in Egypt. Regrettably, these processes have not stopped after the well-known political transformations in this state.

We welcome the government’s measures aimed to stop the disorders in Giza and taken against the background of statements made by Egypt’s Islamic leaders who resolutely condemned the actions of pogrom-makers in this province. We hope that the leaders of the Islamic community will continue to consistently call upon their followers to reject criminal encroachments upon the life and religious freedom of Egyptian Christians who have lived side by side with Muslims in peace and good-neighborliness for centuries.

We are convinced that the political future of Egypt is unthinkable without the protection of local Christian communities which have always supported the statehood and legal order in the country. Ensuring the rights of the Christian minority is an internal affair and a duty of the Egyptian authorities, and we hope to see in their persons the guarantor of interreligious peace in Egypt.

Regrettably, the developments in Egypt appear to be only a part of a more global process affecting the life of Christians in quite a number of countries in which they are a religious minority. The continued growth in persecution against Christians in the regions in which they have lived for centuries cannot but arouses profound concern. Christianophobia expressed in attempts on the life and rights of our fellow-brothers around the world has acquired a systemic character in recent years and a number of international organizations including the UN and European Parliament have already expressed their anxiety over it.

Much is being done in the world to overcome anti-Semitism, Islamophobia and other negative phenomena infringing on people’s rights on the grounds of their religious affiliation. European countries, in particular, have given special attention to the protection of the rights of non-Christian minorities in the continent, ensuring their religious freedom and social security. Regrettably, despite the real threat to life with regard to Christians, the problem of Christianophobia has not become a subject for special public concern in the countries where this community is a minority. We hope that Egypt, which has recently opened a new page in its political history, will become seriously concerned over the problem of protection for the Christian minority and that in other countries in which Christians are subjected to discrimination and persecution, measures will be taken on the state’s level to protect them.

We call upon the world community and in the first place European countries, which historically bear special responsibility for the fate of Christians, to develop a comprehensive mechanism for protecting Christian communities in the world, a mechanism based on open dialogue and honest cooperation among states, traditional religious communities and the civil society. It is only by placing the problem of protection of the rights of Christians on the world agenda and by taking continued efforts to resolve it that tragedies such as happened in Giza can be avoided.