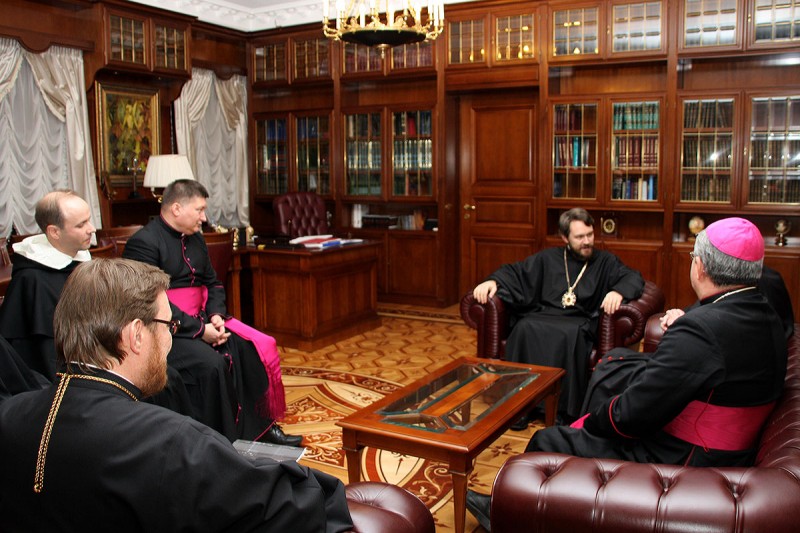 They discussed cooperation between the Moscow Patriarchate and the Roman Catholic Church in the Mixed Orthodox-Catholic Theological Commission and in the sphere of culture and students exchange.

Taking part in the meeting were archimandrite Philaret (Bulekov), DECR vice-chairman; Rev. Alexy Dikarev of the DECR secretariat for inter-Christian relations; Archbishop Ivan Jurkovic, Apostolic Nuncio to the Russian Federation; Archbishop Paolo Pezzi, ordinary of the Roman Catholic Archdiocese of the Mother of God in Moscow; and Rev. Hyacinthe Destivelle of the Pontifical Council for Promoting Christian Unity.