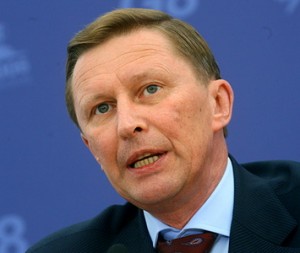 On September 26, 2013, the Presidential Council for Cooperation with Religious Associations met for its regular session at the Moscow Kremlin. It was chaired by S. Ivanov, head of the Presidential Administration. The meeting was attended by representatives of centralized religious organizations, federal governmental bodies, scholars and experts.

The meeting discussed pressing issues concerning the development of interreligious dialogue in Russia and adopted a number of concrete recommendations to the Government and federal and regional executive bodies for organizing systemic support for the work of interreligious and inter-confessional dialogue structures in Russia and the CIS countries.

The meeting also considered prospects and areas for the Russian-Chinese cooperation in the field of religion. A new impulse for the development of this cooperation has been given by the visit made by Patriarch Kirill of Moscow and All Russia to the PRC this year. Metropolitan Hilarion, member of the Council and leader of its working group for contacts and cooperation with the PRC in the religious sphere, made a report on the patriarchal visit and the common efforts taken by the Council and the ROC to encourage cooperation with China in the religious sphere and on the progress of dialogue with the Chinese side.

As the DECR chairman stated, ‘it was the first ever visit of the Primate of the Russian Orthodox Church. One of its important tasks was to negotiate with the PRC political leaders the ways of normalizing the situation of the Chinese Orthodox Church, filling a want of the clergy and resuming regular worship services in the extant Orthodox churches in China. On May 12, His Holiness Kirill celebrated the Divine Liturgy in the territory of the Russian Embassy in Beijing, on May 14 in the church of the Protecting Veil in Harbin, and on May 15 in the building of the former cathedral in Shanghai, where he was assisted by the last two living clerics of the Chinese Autonomous Orthodox Church. The patriarchal services attracted a large number of the faithful.

‘His Holiness met with the PRC Chairman Xi Jingping, religious leaders in China, the director of the PRC State Administration for Religious Affairs Wang Zuoan and leaders of the Heilongjiang Province and the city of Shanghai.

During his meetings with the supreme political leaders as well as officials in charge of the PRC’s religious policy, His Holiness Kirill consistently explained the Russian Orthodox Church’s approach to the normalization of the situation of the Orthodox Church in China and the positive role played by religious contacts in the relations between our two countries’.

The recommendations adopted by the Council for cooperation with the PRC in religious sphere will be conveyed to the Chinese side.