On January 17, 2014, during the grand reception held on the occasion of the name-day of Metropolitan Anthony of Mexico, Central America, Venezuela and the Caribbean Island (Patriarchate of Antioch), Metropolitan Hilarion of Volokolamsk was awarded Mexico’s Order of the Legion of Honour, one of Mexico’s highest insignia awarded by the President of Mexico to Mexicans and foreigners for significant achievements they made in various spheres of public activity. The Legion of Honour is awarded to Metropolitan Hilarion “in recognition of his outstanding achievements as head of the Moscow Patriarchate’s department for external church relations”. 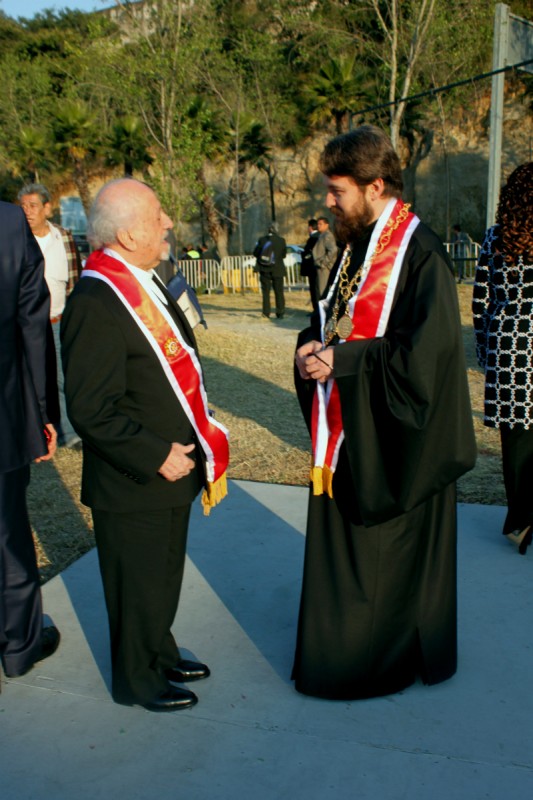