On March 6, 2013, a reception in honour of the chairman of the Moscow Patriarchate’s department for external church relations, Metropolitan Hilarion of Volokolamsk, was given at the residence of the Austrian ambassador to Moscow. 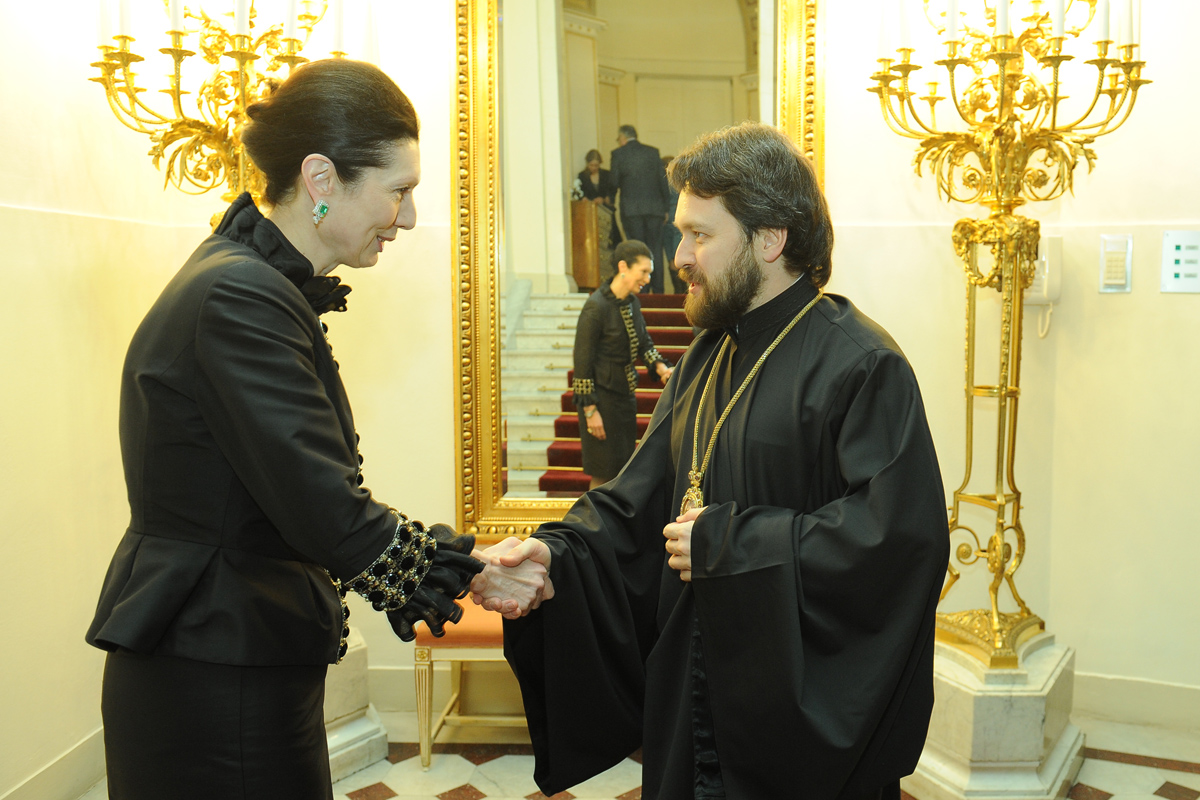 In the beginning of the reception, the guests were welcomed by the Austria’s Ambassador Ms. Margot Klestil-Loeffler. Then Metropolitan Hilarion spoke, thanking Ms. Ambassador for the invitation and hospitality.

This was followed by a recital given by Svetlana Kasian of Bolshoi theatre, who performed music by German, Italian and Russian composers.

Most viewed articles
How Can We Evangelize Today?202
Five Signs of a Modern Pharisee191
Trial of Politician Defending Traditional Marriage Begins in Finland100
Medical Workers Walk 1.5 Km Through Snowdrifts and Save the Life of a 100-Year-Old Woman97
Bad Habits And Their Cure72
Grains of Wisdom and Piety Book Published69
ROC Holy Synod Discusses the Announcement of the Patriarchate of Alexandria Concerning the Establishment of the ROC Patriarchal Exarchate of Africa69
Patriarch Daniel prays for Romania’s national unity, peaceful coexistence and dignified cooperation with other peoples34
150th anniversary of the establishment of the North American diocesan see in San Francisco31
Most popular authors
Pravmir.com team366
Frederica Matthewes-Green202
Archimandrite Markell (Pavuk)191
Saint Nicodemus the Hagiorite72
Aurelian Iftimiu34