Metropolitan Hilarion of Volokolamsk Meets with Ambassador of France to Russia 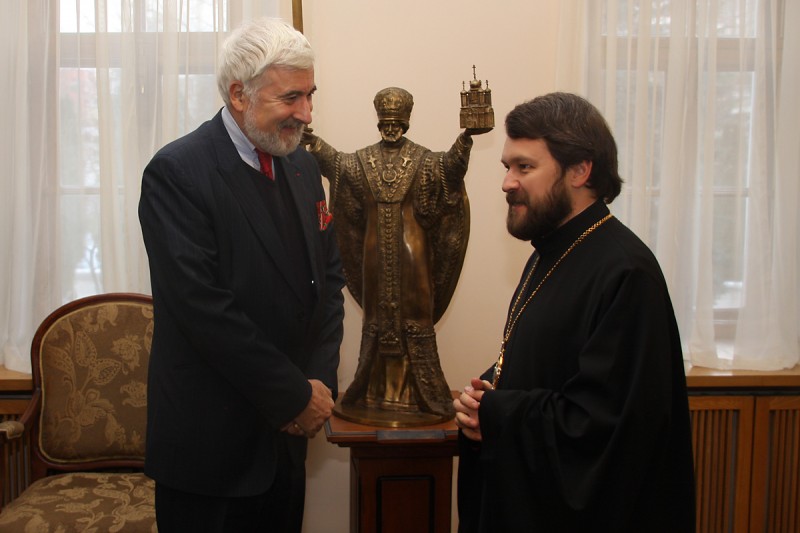 Metropolitan Hilarion warmly greeted the French diplomat and told him about the inter-religious situation in Russia and the relationships between the Moscow Patriarchate and the Roman Catholic Church. The participants in the meeting discussed the role of traditional moral values in the European Union countries and the situation of Christian communities in the Middle East and North Africa.

Source:  Official Website of the Department for External Church Relations