Metropolitan Hilarion of Volokolamsk sends a message of greetings to participants in the opening of Russian national exposition ‘Tragedy. Courage, Liberation’ in Auschwitz

On January 27, 2013, the 68th anniversary of the liberation of the Auschwitz concentration camp by Soviet troops, a renewed Russian national exposition ‘Tragedy. Courage. Liberation’ was opened in Oświęcim, Poland. Since 1961, the explosion has been arranged at Block 14 of the former concentration camp and has been now reopened for visitors after renovation for many years. 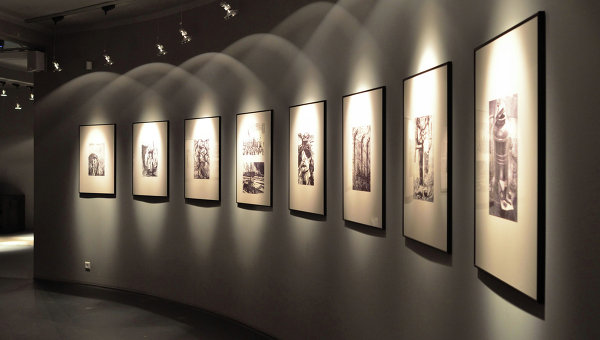 The Chairman of the Moscow Patriarchate Department for External Church Relations, Metropolitan Hilarion of Volokolamsk, sent to the participants in the opening the following message:

Esteemed Organizers and Guests of the Exposition,

I greet you as you have gathered today at the Auschwitz-Birkenau State Museum to recollect the tragic pages of history and honour the memory of victims of World War II. The 20th century became the climax of senseless brutal crimes. At this place one can see with one’s own eyes what fruit was brought by an ideology which advocated the superiority of one nation over the other. People consumed with the insane idea of their own perfection declared the rest ‘subhuman’ and created such camps to execute a ‘technological’ extermination of those who they believed did not conform to their criteria of belonging to the human race. This policy resulted in millions innocent victims who were killed only because they were born Jews, Russians, Ukrainians, Byelorussians, Poles, Serbs, Gypsies, and people of other ethnic origin.

The historical memory of new generations tends to be blotted out and what happened seems to them remote while the lessons learned by their predecessors irrelevant and no longer reputable. It is a very important task to remind the younger generation of the past so that they could oppose the forces seeking to regenerate the evil of Nazism, which seemed to be defeated once and for ever.

I hope that this exposition will remind people what may happen again if some will again raise the slogan of ethnic, social or religious superiority and call to exterminate people of a different ethnic origin, social status or faith.