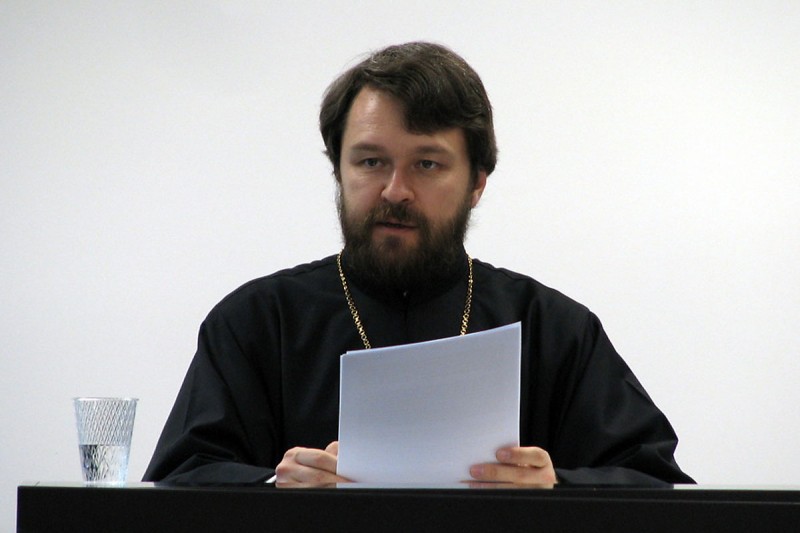 On 3 April 2013, Metropolitan Hilarion, chairman of the Moscow Patriarchate’s Department for External Church Relations (DECR), rector of the Ss Cyril and Methodius Theological Institute of Post-Graduate and Doctoral Studies, professor of the Moscow Theological Academy and of the University of Fribourg, opened a conference on “Episcopal Ordination and Episcopal Ministry according to Catholic and Orthodox Doctrine and Canon Law” at the University of Fribourg. Taking part in the conference, which will last four days, are bishops and theologians from the Roman Catholic Church and the Orthodox Churches, faculty and students of the universities of Switzerland.

The DECR chairman presented a report at the opening on “Episcopal Authority in Orthodox Tradition” based on the works of the Fathers and Doctors of the Church, including St. Ignatius the Theophoros, St. Gregory the Theologian, and the author of “Corpus Areopagiticum.”

The conference is sponsored by the University of Fribourg and the Ss Cyril and Methodius Theological Institute of Post-Graduate and Doctoral Studies together with the Theological Institute at the Orthodox Centre of the Ecumenical Patriarchate in Chambesy, Switzerland, in the framework of the joint doctoral programme “De Civitate Hominis” being aimed at the comprehension of Church’s role in the contemporary secular world.

Taking part in the opening of the conference were Metropolitan Jeremiah of Switzerland (Ecumenical Patriarchate); Metropolitan Basil of Constantia (Orthodox Church of Cyprus); Professor Vlasios Fidas, rector of the Theological Institute in Chambesy; Professor of dogmatic theology Barbara Hallensleben, University of Fribourg; faculty and students, and foreign guests. Professor Astrid Kaptijn, head of the department of canon law of the faculty of theology, the University of Fribourg, acted as moderator.

Before the opening of the conference, Metropolitan Hilarion visited a hostel and met with students of the Ss Cyril and Methodius Theological Institute of Post-Graduate and Doctoral Studies currently studying at the University of Fribourg.