Metropolitan of Minsk and Slutsk Pavel: I will do my utmost for Belarus’ prosperity

MINSK, 4 January (BelTA) – Metropolitan of Minsk and Slutsk Pavel, who arrived in Minsk on 4 January, said he would do his utmost to ensure Belarus’ prosperity. He also held a church service at the Holy Spirit Cathedral, BelTA has learnt. 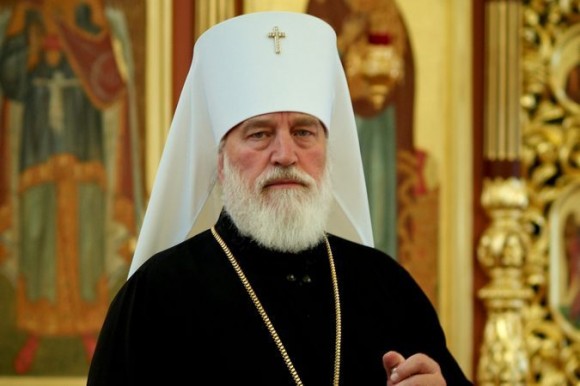 “Together we will follow the evangelic way to the Kingdom of God,” Metropolitan of Minsk and Slutsk Pavel said addressing the congregation.

Addressing Belarus’ Commissioner for Religions and Nationalities Leonid Gulyako, Metropolitan of Minsk and Slutsk Pavel asked to convey his gratitude to Belarusian head of state Alexander Lukashenko for his warm welcoming message to the Metropolitan. “Alexander Lukashenko’s message contains the principal point on which we should build our friendly relations and partnership and which will benefit the Belarusian people along with the peace and prosperity of the state. I will do my utmost to preserve many of those things created by my predecessor, esteemed Metropolitan Filaret,” he noted adding that he had been acquainted with Metropolitan Filaret for over 30 years. “Under the omophorion I practiced obedience in Jerusalem, I know his wise attitude to what is happening. I am sincerely grateful and thankful to him,” Metropolitan of Minsk and Slutsk Pavel said.

BelTA reported earlier that at the session on 25 December the Holy Synod accepted a letter of resignation submitted earlier by Metropolitan Filaret. Metropolitan Pavel of Ryazan and Mikhailov was appointed Metropolitan of Minsk and Slutsk. The hierarch arrived in Minsk, his new place of service, on 4 January.

Metropolitan Pavel of Ryazan and Mikhailov was born in Karaganda on 19 February 1952. In 1973-1976, he attended the Moscow School of Theology. In 1980 he graduated from the Moscow Theological Academy with a degree in theology. On 19 February 1992 by the decision of the Holy Synod he was appointed Bishop of Zaraisk and was put in charge of the patriarchal parishes in the United States and in Canada. In 1999, he was appointed Bishop of Vienna and Austria. In 2001 he became Archbishop with the title of Vienna and Budapest. On 5-6 October 2011 following the decision of the Holy Synod, he was given the title of Ryazan and Mikhailov, and was appointed head of the newly created metropolitanate of Ryazan. On 8 October 2011 he was elevated to the rank of Metropolitan.