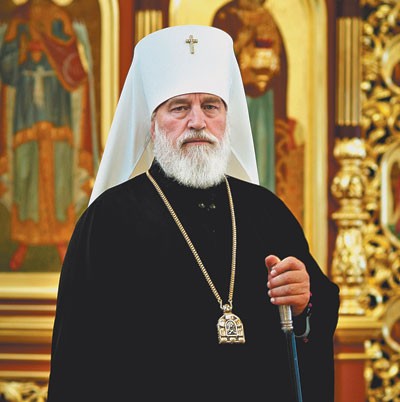 MINSK, 25 December (BelTA) – Metropolitan Pavel of Ryazan and Mikhailov has been appointed Metropolitan of Minsk and Slutsk, informs the official website of the Moscow Patriarchate.

Metropolitan Pavel of Ryazan and Mikhailov was born in Karaganda on 19 February 1952. In 1973-1976, he attended the Moscow School of Theology. In 1980 he graduated from the Moscow Theological Academy with a degree in theology.

On 5-6 October 2011 following the decision of the Holy Synod, he was given the title of Ryazan and Mikhailov, and was appointed head of the newly created metropolia of Ryazan. On 8 October 2011 he was elevated to the rank of Metropolitan.

Metropolitan Filaret of Minsk and Slutsk, Patriarchal Exarch of All Belarus, retired having reached the age of 75.